The Urban Conga has collaborated with HIVE Public Space and Long Island City Partnership on a new urban intervention titled "Ribbon", a vibrant and interactive installation for people to connect, share, and learn about each other's experiences in Long Island City, New York. Each unit includes kinetic pieces that rotate, reflecting the surrounding context and revealing different love notes written by locals to the city. 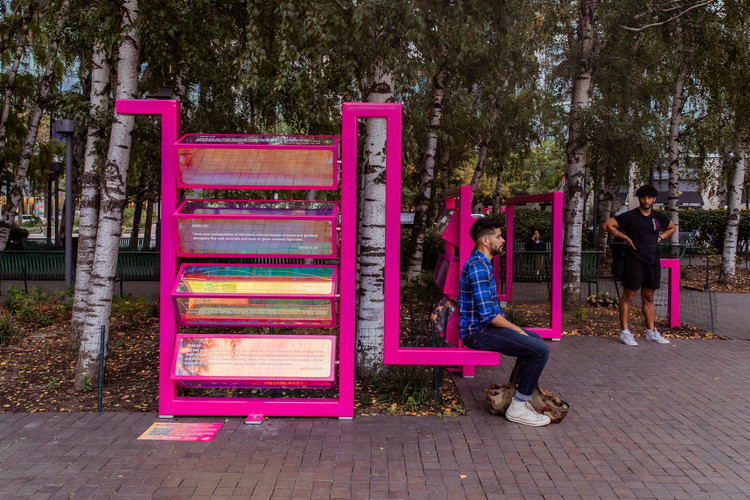 Set up along different public transit hubs, Ribbon is designed as a temporary installation that explores new ways of readapting existing spaces to become platforms for social interaction through gamified designs. The vibrant magenta units wrap around different pedestrian pathways and communal spaces across the city, becoming an "open-ended gesture" for the residents to contribute to the community by sharing their thoughts and experiences.

The continuity of the intervention frames certain moments in the urban fabric of Long Island and creates a sense of direction that encourages users to explore new paths of the city. In addition to the kinetic units, a QR code placed on site allows members of the community to submit their LIC (Long Island City) notes and become a part of the artwork. The contributed "love notes" range from poems to motivational quotes written by the community and visitors, and are constantly changing over time, giving space for new thoughts of the city.

Ribbon is one of many interactive urban interventions being built around the city, ranging from murals to augmented reality experiences, all focused on strengthening the community. This project was a collaboration between The Urban Conga, Hive Public Space, NYC Parks and Recreation, Boyce Technologies, and the Long Island City Partnership. 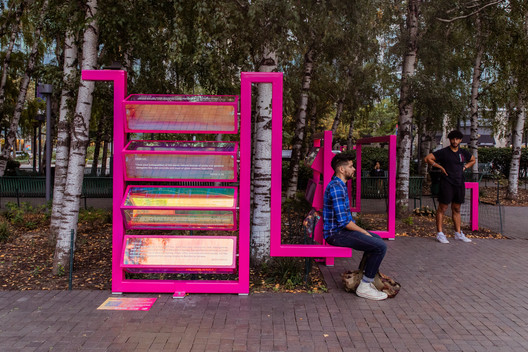