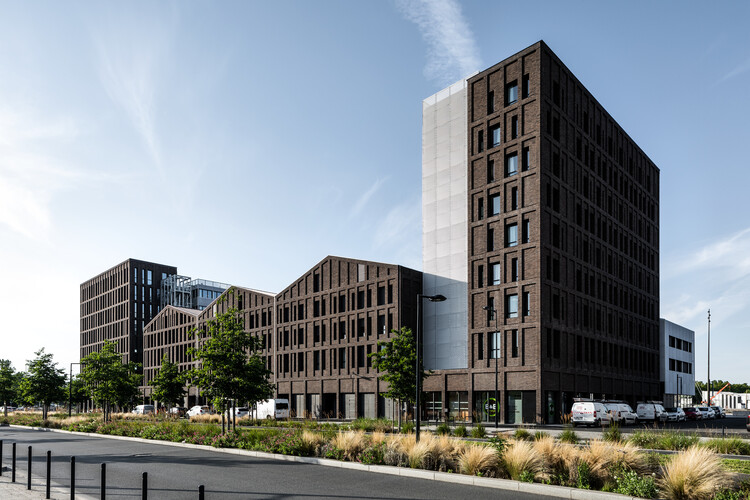 Text description provided by the architects. Cap Leeuwin is part of the large Quai des Caps development scheme — run jointly by Fayat Immobilier and Pitch Promotion — which includes a wide variety of developments. This operation completes the urban transformation of the Bassins à Flot area in the city of Bordeaux. It takes the form of four îlots (blocks), each of which has been given the name of a famous maritime cape, alongside Dock n°2. As a “signal” representing the northern entrance to the city and its docks, Cap Leeuwin is the first emblematic landmark symbolising the rebirth of the Bassins à Flot.

The building has a total floor area of 15,119 square metres and combines four different programmatic entities: offices (5,755 m2), a 3-star hotel with 124 rooms (3,061 m²), an extended-stay hotel with 128 studios (3,392 m²), and ground-floor shops (2,911 m²). Its shape and layout are designed not only for architectural coherence, but also to ensure that the independence of the different programmes is retained so that different users avoid getting in each other’s way.

The design of Cap Leeuwin pays tribute to the industrial and maritime history of the site, reinterpreting it in a contemporary style. The building plays with volumes, producing a subtle combination of forms and materials referencing the industrial sheds on the quayside and the docks along the rue Lucien Faure. It is punctuated by two taller sections like small towers on either side of the plot, acting symbolically as signals and offering previously unseen views of the docks and the city.

The principles of the architectural design are also reflected in the two materials used for the façades, namely brick, and metal. The brick façade along the street emphasises the building’s relationship to the city. The unevenness of the hand-cast terracotta brick, as well as its brown colour, gives the building a unique feel, which is accentuated by the overall pattern of the façade and the windows that enliven it.

The height of the buildings gradually diminishes on the dockside; here the façades are clad in anodised aluminium mesh that underlines the volumes and catches the light, producing a subtle variety of hues.

The residential hotel is developed around a central patio and two large shared timber-clad planted terraces are also accessible to office users. The first, on the first-floor level overlooking the quayside, brings air into the central area and opens up views of the dockside. The second is on the seventh floor of the tower alongside Place Latule, offering new sweeping views of the docks and the city.

Cap Leeuwin is certified Breeam Very Good and WELL Building Standard Silver. The building is connected to the heating and cooling network that supplies the entire neighbourhood using a wood biomass boiler and a system that recovers calories from wastewater. Eager to help restore the city’s ecological functionalities, we have planted the roof terraces of the hotel and offices with a range of different local species and installed equipment for hosting wildlife. 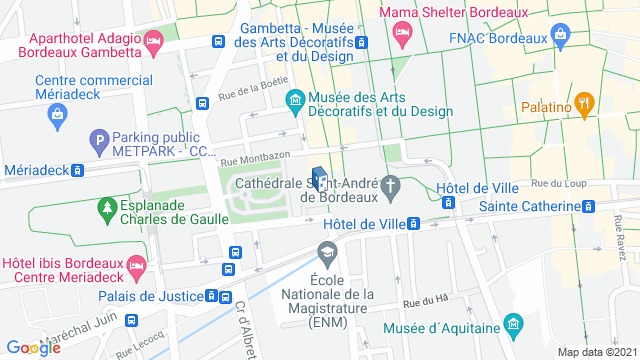 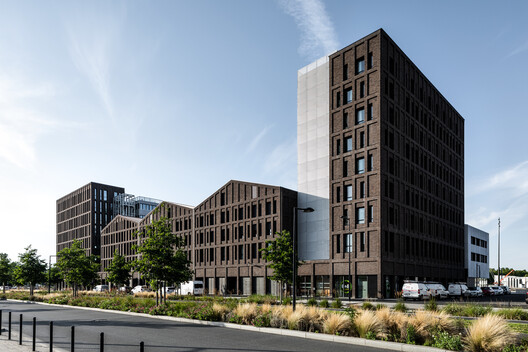