Save
House PMJ 2.0 / An Schoenmaekers 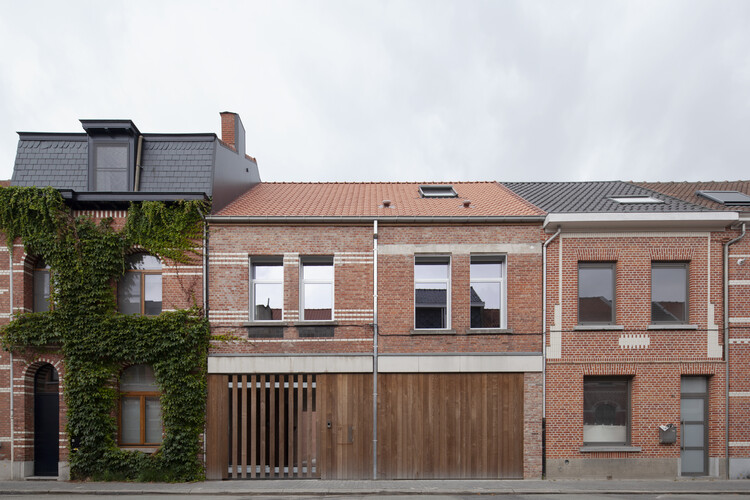 For the design of this house, a deliberate choice was made to use what was already there. After all, this is an extensive renovation project of two terraced houses and a textile factory at the back, a reminder of the textile industry that so defined Sint-Niklaas.

Over the years, the building in the city center had fallen into such disrepair that it was declared uninhabitable. In particular, the lack of a roof on the houses in the front caused havoc.

The owners saw this dilapidated state as an opportunity rather than a defect: a chance to breathe new life into an undervalued place with history and to do so according to the needs of today and tomorrow. By using the elements that were already there as building blocks (literally and figuratively), a modern, almost energy-neutral home with the charm of the old factory could be realized.

The layout of the house at the front is determined by the existing staircase, window openings, cavities in the walls and floors ... By using this as a guideline, a logical layout is created in which almost all spaces are in contact with each other and the outside. A great sense of space is made without actually having to take up much volume.

Materials were dismantled in one place and reused in another, including steel and wooden beams and old bricks. Elements that are new were also clearly designed that way without being in conflict with the existing ones. A synergy is created between the two which creates a certain naturalness in her architecture. By playing with zenithal light this dynamic comes even more to life in an almost sacred way.

The factory building at the back was partly demolished, creating a substantial, green courtyard garden, a luxury in the center of the city. The building in the back with the original shed roof was preserved and now serves as a studio for the owners who are architects and musicians.

This house is a clear example of how something that would initially be considered a demolition-eligible building can become an aspiration for a new home, a version 2.0 of what once was. 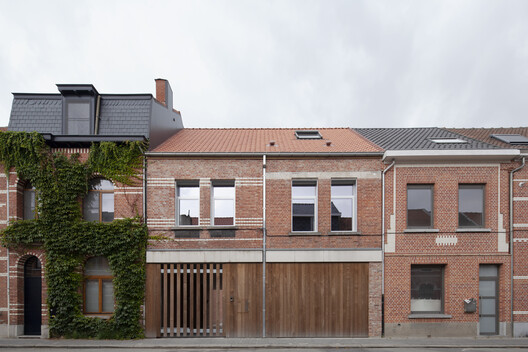