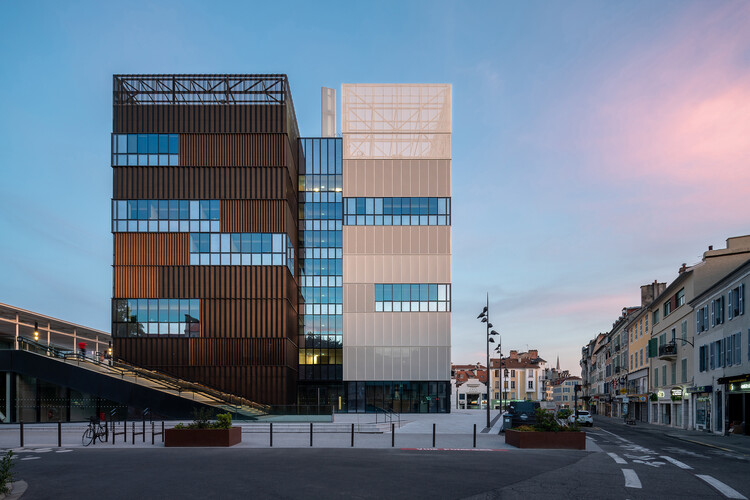 Text description provided by the architects. In the southwest of France, facing the Pyrenees Mountain, the “Complexe de la République” built-in 1975 in Pau, had been declining for several years due to the dilapidation of its covered market, flanked by a squat office building in very poor condition. After an international competition, the Ameller Dubois’s studio project was chosen by proposing a global response, taking charge of all the ambitions raised by this operation, both in terms of image and use, architecture, and urban planning, dedicated to the Pau’s population. The project's exceptional location has been rediscovered as a destination, attractive and seductive, to bring the district back to life.

Combining in a single figure a stallholders’ hall, a producers’ floor, and a rehabilitated office building all linked together by the creation of a high square, the new complex offers a homogeneous perception, endowed with a strong and significant identity that combines all the elements of the program in a powerful figure.

The market adopts a simple square plan, clad with a unitary envelope, both on the façade and on the roof, made up of a white metal mesh with various perforations. Designed as a space free of any pillars to encourage exchanges between retailers and visitors, it is punctuated by generously dimensioned walkways that converge around the central double-height atrium. On its first floor, the mezzanine is naturally extended by a wooden terrace forming a high place in the heart of the project. A large canopy extends the white structure to partially cover it and house outdoor tasting and dining areas. Its entirely glazed and cross-cutting base combines the producers' floor and the stallholders' hall in the same continuity.

The rehabilitated office tower retains its civic vocation (Municipal Police/City services). The architectural treatment of its two parts is deliberately differentiated but complementary. Raised by 8 and 4 meters, the new silhouettes of the towers are slimmer. The eastern part is clad in the same white cladding as the market hall so that the envelopes meet at both ends of the complex. In contrast, the part on the terrace side is clad with folded and perforated bronze-colored vertical panels that vibrate with movement.

This black and white pleated metal cladding fragments the building into two parts, giving it a slenderer image in a play of contrast and complementarity. The renovation operation was carried out on an occupied site, with a three-stage phasing in order to keep the site in operation. 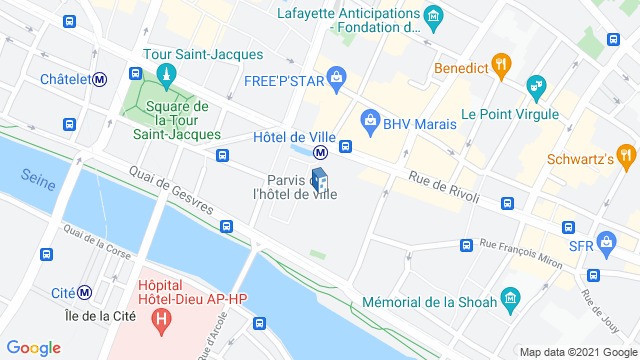 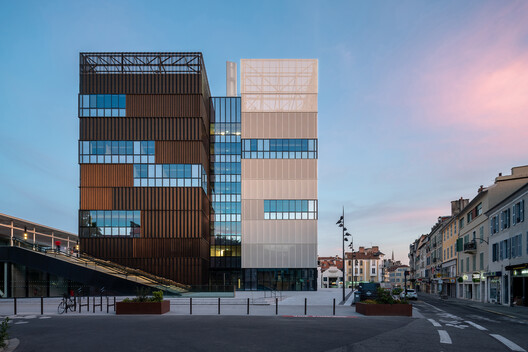