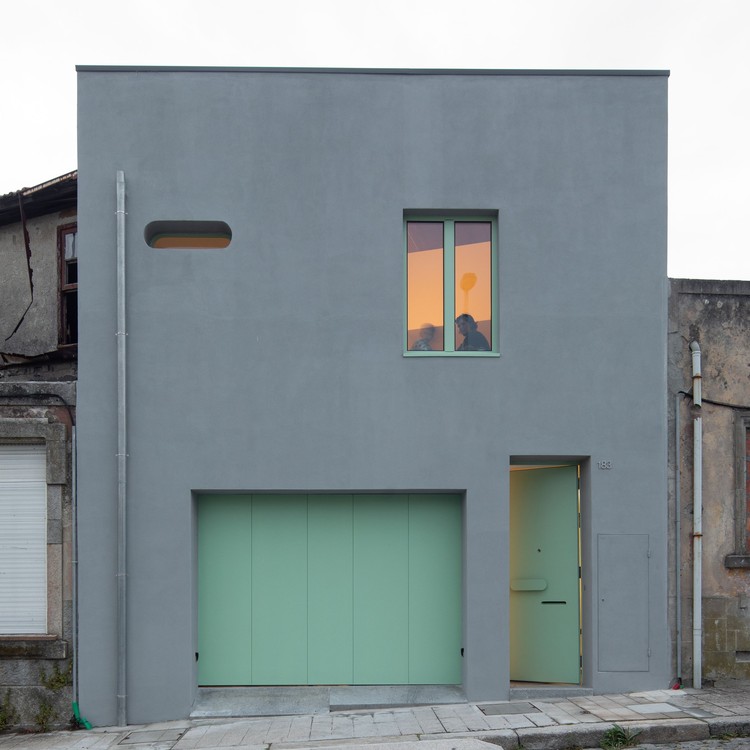 Text description provided by the architects. Designing a single-family house in the centre of Porto is in a way an opportunity to reflect not only on the daily life of the family that occupies it but also on the space it occupies in the city. It is a representation of the interior to the exterior, of the family to the public space, and to the city. It is based on the dialectic of these two dimensions that this single-family dwelling

In this context, the opportunity to build a family house in this part of the city provides an opportunity to build and consolidate the urban front, as well as to build a neighbourhood. The volumetry of the dwelling respects the scale of the street in a simple and fun attitude. In its relationship with the street, the house seeks above all to create a bond with those who pass by, the passer-by or the neighbour, holding a formal composition of the street and human scale. This composition of shapes and colours continues inside in some clues or details until the posterior façade, building a functional response of the space to inhabit and opening a joyful dialogue with the surroundings.

This approach to living is assumed, inside the dwelling, in a formal and functional simplicity that allows a spontaneous and informal occupation, without great architectural barriers. The spaces relate to each other in an act of proximity and sharing through vertical connections of space and light that cross the whole building. It is in these transitions, as a misalignment of a wall, a nook in the stairwell, or small niches, that space opens up to unexpected moments and makes the house a singular space.