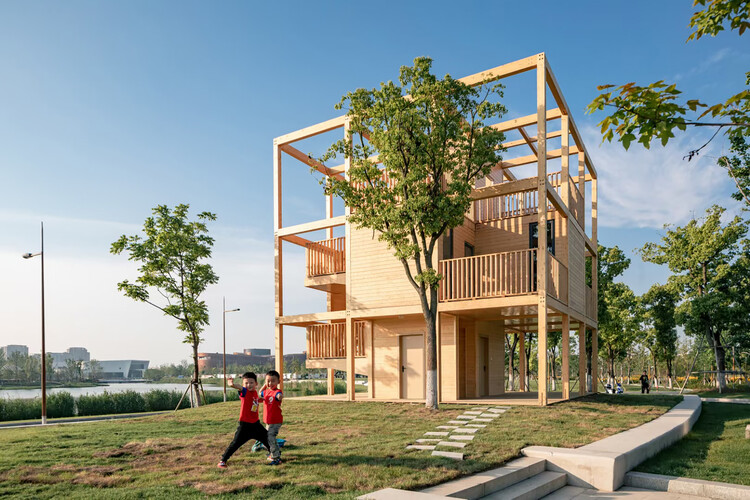 Text description provided by the architects. Shanghai Fish is an open green space park in the Fengxian District, covering an area of about 2 square kilometers. Its core lake is shaped like a goldfish. The government of Fengxian District wanted to set up a set of mobile stations in the park to create a space to stay, to load multiple functions, to stimulate the vitality of the park, and to enrich the life of the citizens.

Based on the fish of Shanghai and the cross water street, the architects adopted a "sundial" layout, with the center of the lake as the center of the circle, and a geometric radial distribution, resulting in 27 point-like stations. The layout of the mobile station group picture. The first phase has built 15 stations and the second phase is expected to build 12 stations. It is an innovation and attempts to implant multiple station landscape spaces in the city park with a radial grid.

With the form of wooden structures, there are two types of mobile stations: basic and variable. The basic mobile station is 9 meters in length, width, and height. Taking the Lu Ban Lock as the prototype, the station can be easily dismantled and moved. It has been generated with the basis of core and basic function and complemented with expansion use, such as live broadcasting room, tea room, and book bar, forming a unified whole with each part having its own individuality. The variable mobile station is adapted to the local conditions, with a special shape combined with diverse urban services. It has become a diversified node, presenting a unique interest in landscape architecture.

The wooden unit of mortise and tenon is not only the structure of the architecture but also the way to form the building façade. Both basic and variable mobile stations apply assembly production and intelligent construction, reflecting the era of digital design and construction. In terms of function, variables and sharing become the main roles of the stations, forming a dialogue between unity and individuality. In terms of form, the natural and intimate wood, the form with a sense of installation, and the modern parametric processing bring newness and vitality to the landscape park.

The mobile station not only enriches the function of the park but also adds charm and energy to the Shanghai Fish. And together with the surrounding landscape, it forms a central vitality zone, which is both dynamic and static. Shanghai Fish can be people's paradise with its small but beautiful design. 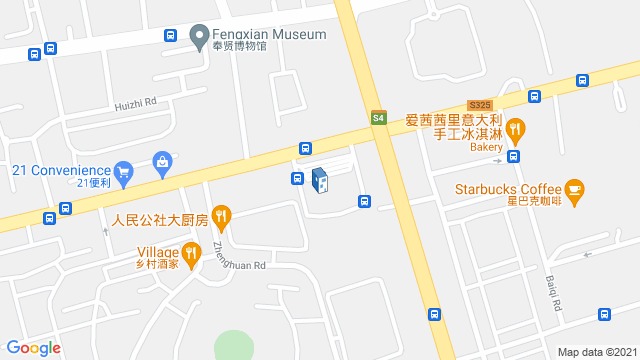 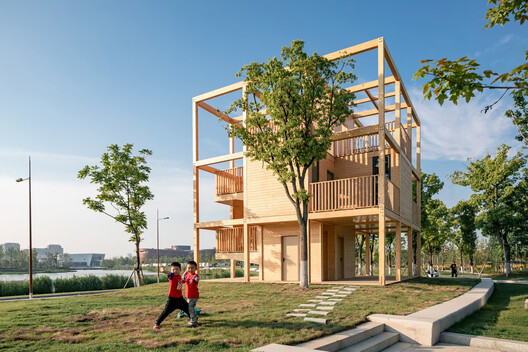