One of Oscar Niemeyer's most famous projects, the iconic Copan building in downtown São Paulo, may finally have its restoration work started. After being negotiated for ten years, the project presented by a company hired by the building administration was partially approved by the Department of Historical Heritage (Departamento de Patrimônio Histórico - DPH) and the Municipal Council for the Preservation of the Historical, Cultural and Environmental Heritage of the City of São Paulo (Conselho Municipal de Preservação do Patrimônio Histórico, Cultural e Ambiental da Cidade de São Paulo - Conpresp).

Designed by Niemeyer together with Carlos Lemos, the building will celebrate the 70th anniversary of the beginning of its construction next year. However, it has been suffering from maintenance problems on the facade for almost two decades, such as infiltrations, falling tiles, disfiguring, detachment of concrete, and exposure of steel reinforcement, according to technical findings reported to the heritage agencies.

The building is protected only by municipal law, and there is no current request for listing by the state and federal authorities, therefore, the huge complex has received the green light from the city's heritage agencies but still does not have all the resources to finance the construction work, according to Affonso Celso Prazeres de Oliveira, the landlord in charge of the apartment building since 1993. This means that the beginning of the renovation of Copan's facades is still undetermined.

In 2019, an inspection identified several defects in the complex, including "improper interventions" that disfigure the facade, corrosion of steel reinforcement, cracks, leaks, concrete degradation, among others. "Most of the problems result from the building's age, lack of maintenance, and possibly some faulty construction work (...). Humidity also contributes to worsening the building defects, increasing the degradation process," the survey pointed out. Another major problem is falling facade tiles, which were designed to protect the concrete from humidity.

Based on this survey and private evaluation, Instituto Pedra, a non-profit civil society organization based in São Paulo, developed a restoration project divided into stages for each level of urgency of the repairs. Some of the most urgent repairs are the replacement of the tiles on the facade and waterproofing the roof terrace. The project also intends to monitor the building's foundations, which have been sinking since the building was constructed and have caused cracks in the building's main facade.

According to the architect and project manager at Instituto Pedra, Mariana Victor, the project's current stage involves technical drawings, quantification of resources, and budgeting. The emergency work is estimated to require a year and a half to two years, depending on the financial resources of the building administration. 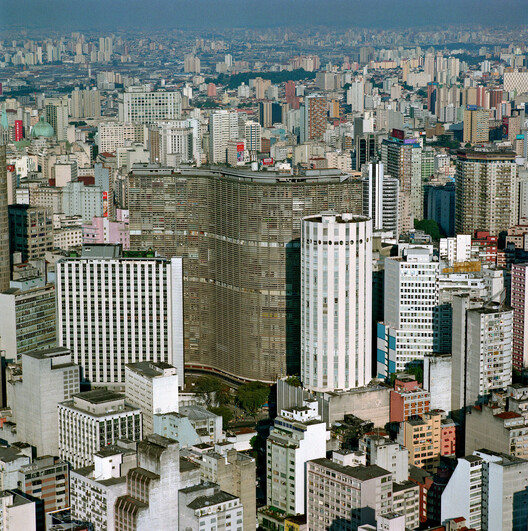