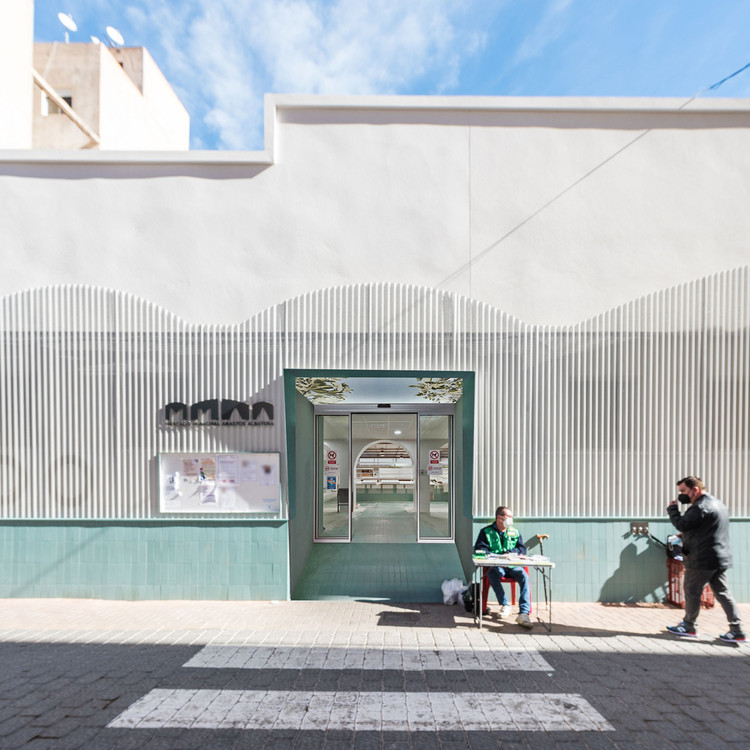 Text description provided by the architects. Orchards are the main economic engine in Vega baja (Alicante). Its fruits and vegetables are in almost every house, but also in national and international markets. The central market in Albatera is the neuralgic center in this small town from the very beginning of this building, that was a stable until 1950. From that time, it became a central market where market stalls were located around the building perimeter, under the roofed area. The center of the building, opened, were the second square of the town, where people met, make bussines deals... During 1989 the roof was built: a metallic structure in the whole central "square" that allowed to build more market stalls. Thanks to this new structure temperature was nicer inside.

Last alteration was made in 2020, affecting facade, pavement, wall tilling, among others. Nowadays, facade reminds the inicial building. Formerly it had a decorative border making a serie of arches.

The new alteration   has the same contour than the previous building but nowadays materials have been used to give personality to the building. This shape is given by a micro-perforated microwave steel sheet, that during the day generates a play off light and shadow. During the night it becomes an iluminated screen. During the whole day this sheet  has a very important role.

In addition, a continuous plinth is created through the whole facade. This plinth penetrates every entry towards the inside part, through the whole perimeter. This invites the visitor from the outside to the inside part. On the other hand, every entry has a visor that captures visitor's attention. Interior flooring has a distribution of parts that, seen from above and thanks to the different shades of green colors used, they refer to the layout of the rectangular plots found in the Albatera orchards.

In this way, we access from the strongest tonality, which accompanies us to the stalls where, once in them, the strength of the color disappears through a gradient to lighter tones, until it fades. The paving and tiling of the vertical walls is conceived as a continuous carpet, which visually directs the user from the entrance to the sale posts. 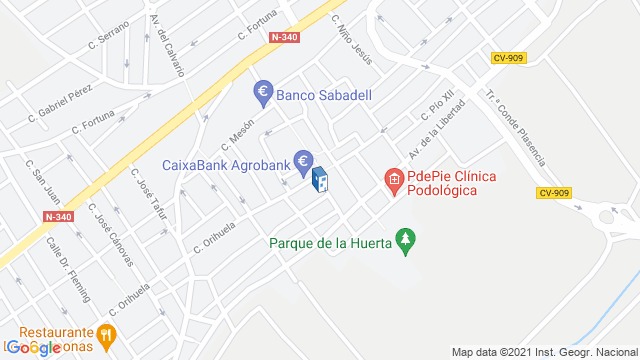