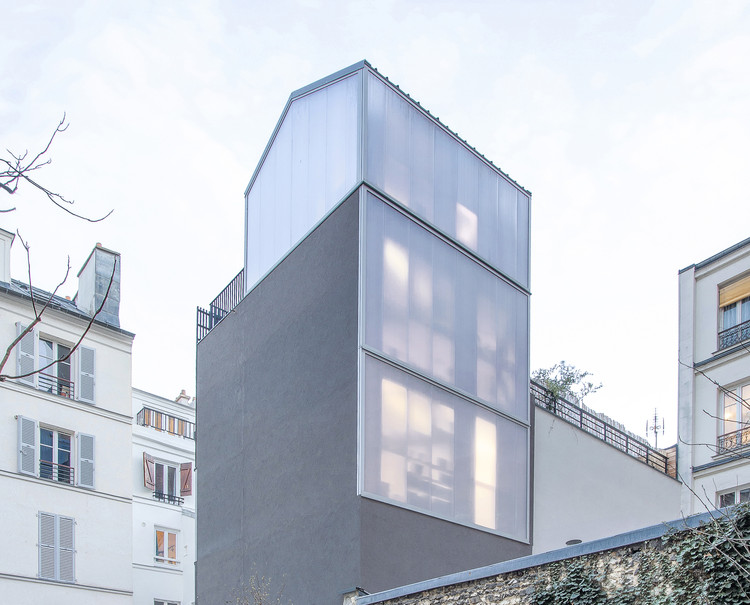 A crazy client. The story begins when we received a strange email asking for our help at the beginning of autumn 2017. The author explained to us that he and his wife just bought a house in ruins situated on the back of a Parisian courtyard and that they wanted to transform it into their family house. After a quick chat on the phone, we realised that this family just bought a pile of old stone without knowing if they would be able or allowed to do something out of it. For us, the client was completely crazy or a genius, without knowing the correct answer we decided to take part in this adventure which was going to last for a few years and hopefully helps a middle-class family to stay in Paris.

A path is strewn with pitfalls. After analysing the urbanistic and constructive constraints of the site we decide to use the existing building structure to create a completely new family home by adding three news storeys on top of it. If the building can often be considered as an act of bravoure, building in a city like Paris should be called heroism. During this long path in between the early sketches and the beginning of the construction, the project had to go through the approbation of the co-ownership, the city planning office, and our client (low) budget.

The vote of the project was obtained by a thin majority of one vote, the building permit was denied, then accepted, then attacked by the neighbours to finally be accepted! When we were finally able to start the construction of the building we were starting to think that the client was a genius or a very lucky guy.

A tower in the middle of a courtyard. Let's talk about the project. By adding three more storeys to the existing building we quickly realized that we were working on a 6 storey “tower” based on a 6x4 m space. Since we wanted to keep the existing structure, the new structure had to be as light as possible, that’s why we decided to use wooden elements to build up the news storeys. This wooden structure is treated as a central element of the project and is visible in most of the inside spaces, especially the stairwell.

Considering that the building could have only one facade with a view, we decided to treat each storey’s facade as an independent element reflecting or hiding the life behind it. Doing so the building's main facade can be seen as stacking of different usage and architecture. On the other hand, the back facade of the building is covered with polycarbonate skin allowing a sweet light to enter the stairwell and the commodity rooms. The translucent skin is topping the building creating a greenhouse on the rooftop and a connection with the main facade. Doing so the building transforms itself into a poetic lantern when nightfall.

Staying in Paris. If at the first sight this project seems to be a crazy bet it ends up being great experimentation on how to keep middle-class families in the city despite the constant rising of the housing prices. Reusing the existing structure of the building helps us save a lot of building material, energy, and land. By doing so we finally managed to create a contemporary energy-efficient building for a family in the middle of a crowded and overpriced city. 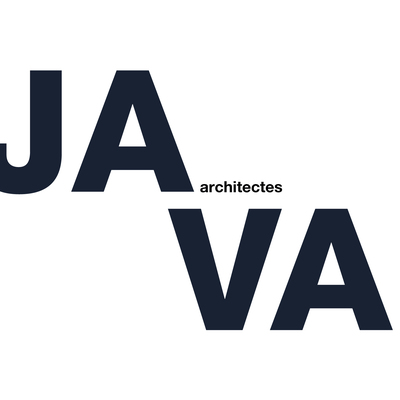 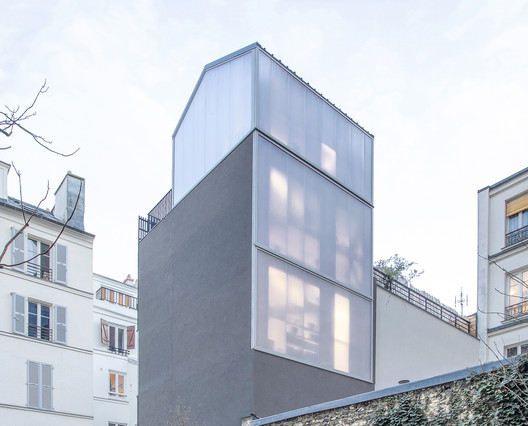