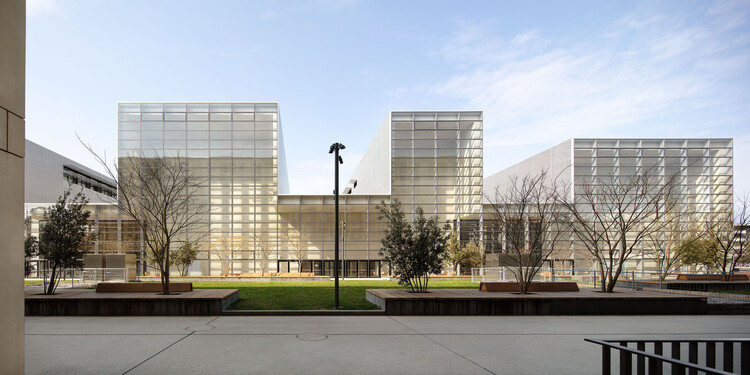 Text description provided by the architects. The New Comédie is more than a theatre, it is not only a place of theatrical performance, with its two halls but also a place of creation, with its large construction workshops. It is those who make the New Comédie a real centre of artistic creation, bringing together all the theatre professions under one roof.

The “show factory” character was decisive for the design of the project, which had to be both hyper-functional equipment and at the same time a unique building with its own identity.

The project places the performance halls at the heart of the volume, with an articulation of the programs that generate a unique cross-section, thus giving the building its identity. Circulation spaces, public and private, are located on the façades surrounding the programs to which they give access.

Where classical theatres distinguish the stage tower as the central element of the building's composition, the characteristic crenelated profile of the project expresses the multiplicity of activities taking place in the new theatre.

The lobby space, generous and transparent, create links between the inside and the outside and expresses the theatre's opening to the city. The crossing foyer gives access to the two halls and creates another link between the two public spaces that surround the building.

The architecture, discreet and neutral during the day, express the character of a place of creation and production. In the evening, a light staging transforms the building into a performance place, affirming its presence in the city, and inviting the public to the magic of the show.

The building accommodates two complementary halls. Each of them develops its own identity, both from an architectural and scenography point of view.

The greater hall is conceived in the continuity of the European theater, Italian style, with a pre-established front stage-hall relationship. The envelope is made of folded and faceted skin, like an origami, which accommodates all the acoustic and light devices specific to a theatre hall.

The modular black-box type hall is dedicated to experimentation. An elementary and neutral volume, with a modular bleacher system, allows multiple configurations to be set up. The walls are covered with fiber-reinforced concrete slats, the patterns of which guarantee excellent acoustics.

The two halls are highly technical spaces from a scenography point of view. The objective was to integrate all the technical requirements into the architectural expression while creating a poetic space capable of welcoming the spectator by creating a break between everyday life and the magic of the show. 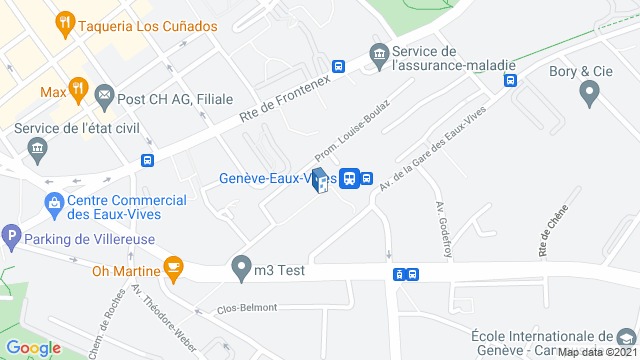 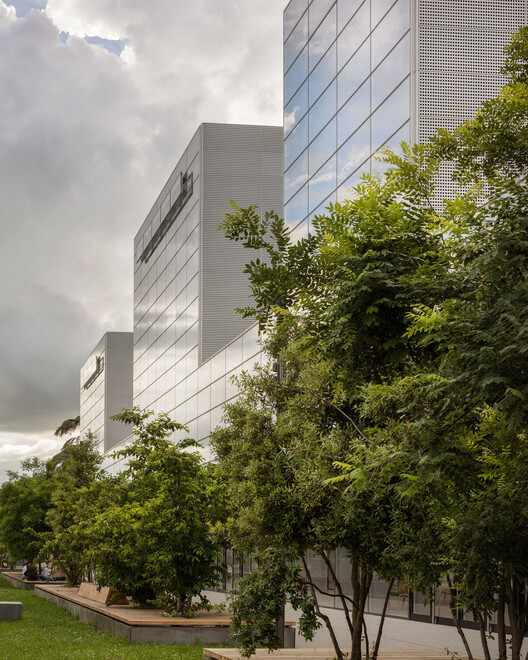 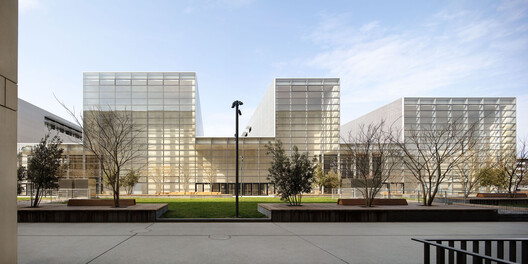