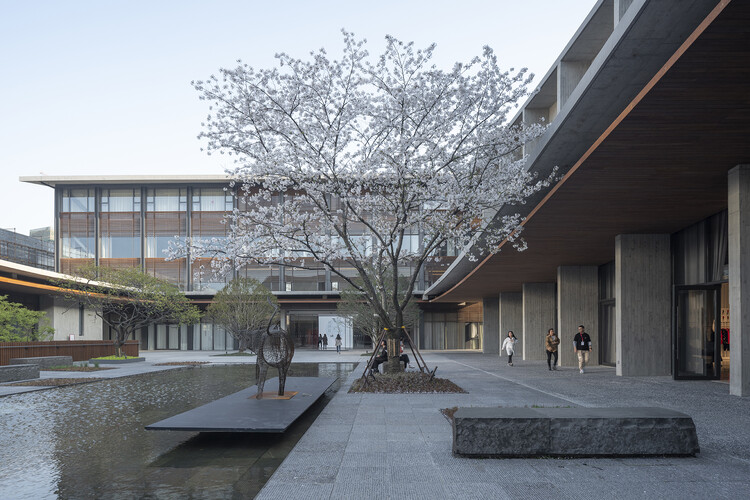 Use of the status quo/ Cope with structure. There were existing foundations and basements on the site when FCJZ received the commission to redesign the buildings from the ground up. We transformed the previous 9m square-column grid into a concrete structural system that places columns at 4.5m intervals and spans 28-32m. The new columns take on the shape of a 0.3m thick shear wall.

Combine/ Introverted courtyard. Adding one wing to the U-shaped configuration of the three existing foundations, we are able to connect all four freestanding structures with a curvilinear roof form and create a courtyard in the center.

Blend in/ Deep eaves space. While the roof drapes down from the tallest of the four wings, it wraps around the central courtyard with deep eaves as our architectural response to the rainy climate of the south of the Yangtze River.

Tradition/ Modernity. The architecture of this corporate cultural center combines traditional elegance and modern abstraction. The draping roofline suggests the quality of fabric and furthers the nature of the owner company, which is fashion.

Connectivity/ Independence. As phase II of the complex, four renovated, rectilinear buildings lie eastward of EP YAYING Fashion & Arts Centre and are programmed with commercial and children’s activity spaces. Joining the two phases is a long corridor building that is three meters wide and three stories tall. As both a transitional space and an independent building, the corridor building, formally different from both phases, functions as a passageway and at the same time a space for experiencing. The first floor of the corridor building functions as a canopied walking space in the traditional sense.

The second-floor bridges the phase II buildings. It opens to phase I buildings with an enclosing layout on one side and the phase II buildings with parallel arrangements on the other side. The third floor, which opens on both ends but closes on the sides, acts like an overpass that diffuses light from the floor below at the same time captures beams of light from the ends, which recalls the ultra-long depth of the corridor building. Each of the three floors is assigned with a strong and precise spatial quality, so as to transform a passageway into a space for experiencing. 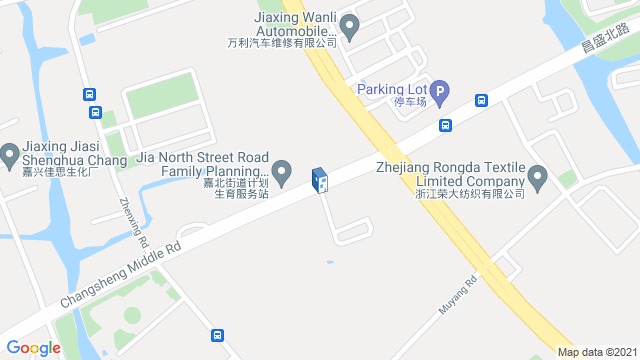 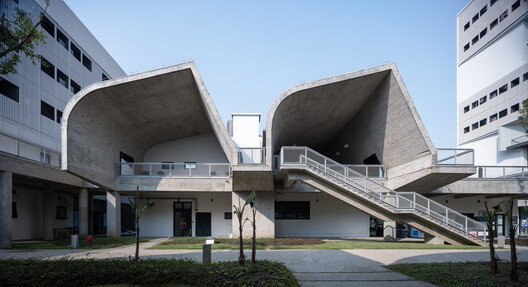 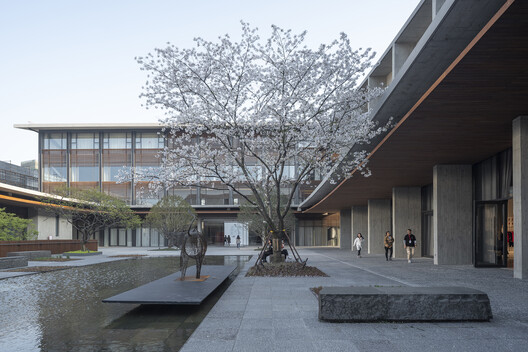