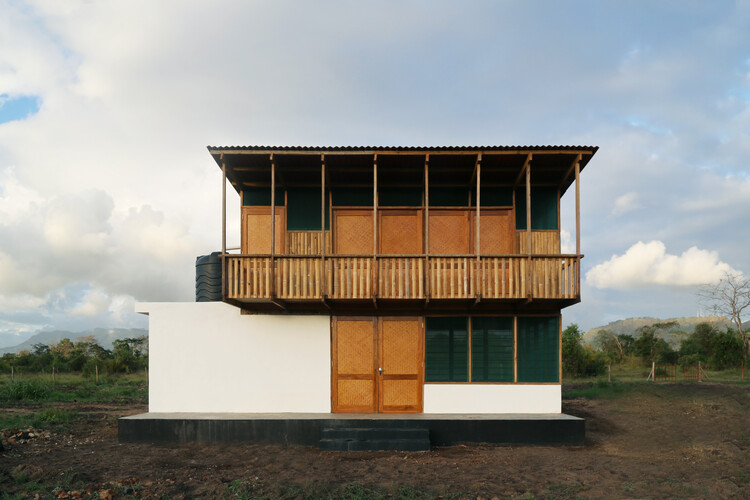 Text description provided by the architects. The Bamboo Farm Office is the new headquarters of a prototype farm in Korogwe, northern Tanzania, where different species of bamboo are being grown to assess their suitability for use as construction materials. The Farm Office building showcases different ways to utilise industrial bamboo, including bamboo corrugated roof sheets, doors,cladding and furniture. The project was designed by architects Jakob Knudsen, Hannah Wood and Otis Sloan Brittain, with consultancy from Salum Mshamu and Lorenz von Seidlein, and constructed by a team of builders headed by Kiondo Mgumi.

The project reconnects with the history of bamboo cultivation in Tanzania to explore the potential of this carbon-sequestering material for use in construction today. Bamboo can grow fifteen times the net weight of timber species such as pine over the same timespan and fares well in a hot, tropical climate. This makes bamboo-based construction products a viable alternative in a current construction market currently weighted towards cement, glass, plastic and unsustainably sourced timber.

Finding alternative material options is critical as according to UN projections, Tanzania's population is predicted to more than double over the next 30 years, which will involve significant material resources directed towards the expansion of the built environment. In addition, Tanzania was ranked fifth in the world for the greatest annual average net loss of forest area over the past decade, felling net421,000 hectares year on year.

The Bamboo Farm Office building utilises passive design principles inspired by traditional Asian and African architecture, where construction techniques have evolved for a hot, tropical climate. The timber frame creates large openings with low thermal mass to ensure the inside spaces remain cool throughout the day and night. Ancillary spaces, including a boot store and toilet on the ground floor, are enclosed with rendered locally produced bricks.

The ground floor shared office and first floor bedrooms are clad in agricultural shade net and wire mesh, with split bamboo screening on the upper floors for privacy. A bespoke kitchenette, furniture and doors were constructed locally, and include woven bamboo board facing produced by start-up Eco-Shelter. The roof is constructed using bamboo corrugated sheets fixed to a timber truss. The project is the first of its kind in Tanzania to be constructed from these novel bamboo products and hopes to highlight bamboo’s potential as a viable material for future buildings in the region. 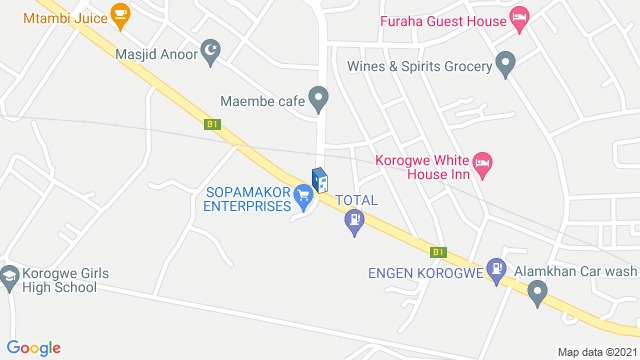