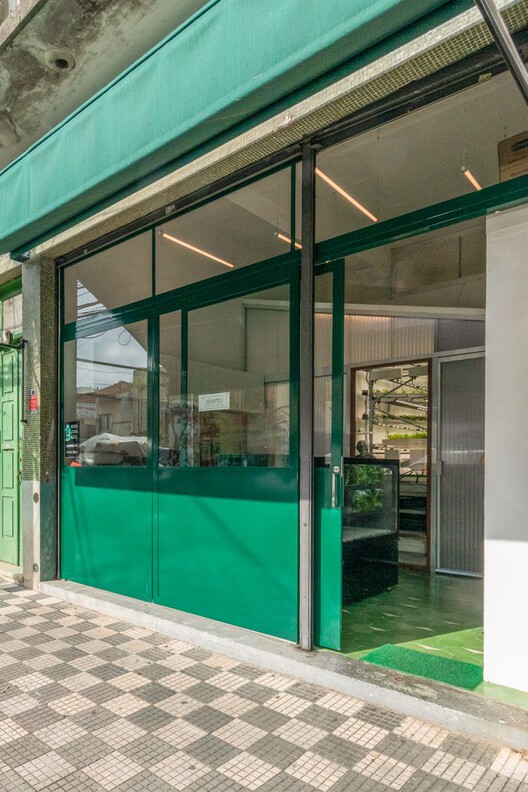 Text description provided by the architects. The renovation of a first-floor shed in a small building located in the Pinheiros neighborhood, had the challenge of housing, in only 90m², the largest possible amount of shelves for hydroponic cultivation of vegetables from Fazenda Cubo, in an indoor system, with artificial light. The architecture becomes a support infrastructure for growing vegetables in the intra-urban space, reconfiguring the consumer-production relations established between the urban-rural. Through technology and architecture, the food production moves to the urban center through a hydroponic system of water recirculation, which allows the control of the number of nutrients received by the vegetables, photovoltaic lights, which allow the photosynthesis of the plants, and the acclimatized chamber, which allows the control of temperature, humidity, air quality, and pests, structuring a sustainable system, self-sufficient, with low water consumption and without pesticides.

The project party unfolds from this concept and rescues the language of agricultural greenhouses usually implemented in rural areas, creating an internal façade inside the shed, affirming the displacement of the greenhouse into the building. Self-structured honeycomb polycarbonate is used, creating a translucent panel that allows the passage of light from the inside to the outside and vice versa. A window is incorporated into the chamber's façade, giving internal visibility from the street and inviting visitors and passers-by to enter and get to know the indoor production process. There are a total of 7 shelves over 2.5 meters high, with a production capacity of up to 2500 vegetable plants at the same time, equivalent to a production area of 1.5 hectares in conventional models.

With the implementation of a vertical urban farm in São Paulo, we feed the debate on the connection between urban and rural environments and recognize the need to think of alternatives for food production in large metropolises, promoting it at 'zero km' and allowing short flows between production and consumption. The indoor farms come together with other urban agriculture actions that are already a reality in São Paulo, and allow us to imagine alternatives that promote the reduction of our ecological footprint and the structuring of a food system in continuity with the city's urban space, establishing greater linkages between the urban citizen and the production of his own food. 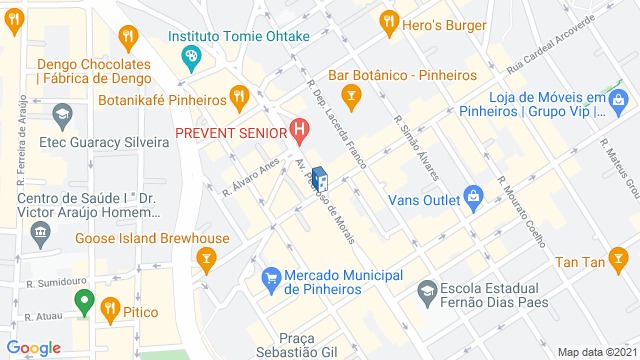