Save
The Fryderyk Chopin University of Music in Białystok / ZUKOWSKI 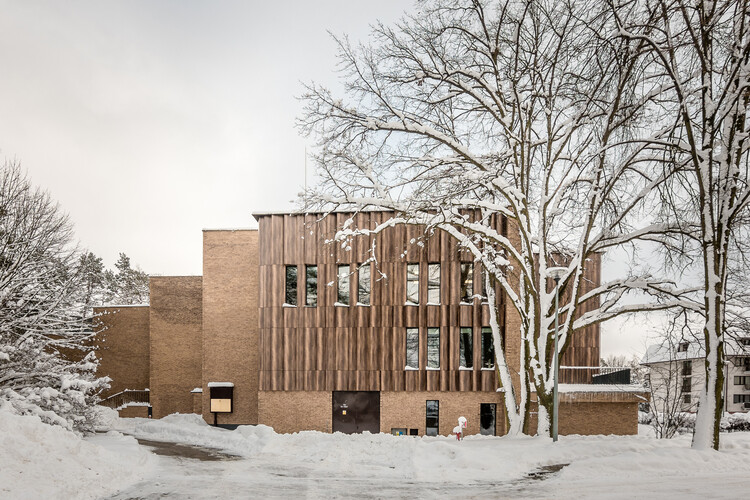 Text description provided by the architects. The presented project concerns the reconstruction and modernization of the old didactic building A, occupied by the pedagogical faculty of the branches of the Fryderyk Chopin University of Music in Warsaw. The building is located in Bialystok, in eastern Poland. In addition to the reconstruction of internal installations (sanitary and electrical), the main task was to insulate and change the appearance of the building. All these changes were intended, on the one hand, to improve the energy balance of the building, and on the other hand, to increase its aesthetic values.

The main goal when designing the new look, was to express the function enclosed in the building, support its facades, the second - strongly sculpted, somewhat chaotic body to give consistency. The first assumption was achieved by pulling out the motif of acoustic walls used in music halls. In order to further "tune" the façade of the building, the existing window openings have been changed in such a way that together with the panels tilted by 20 degrees they create the right rhythm.

The building has been expanded many times, performing various functions in the past - from the veteran's house to the seat of the University of Music. Individual extensions were carried out in different technologies, so the final structure of the walls required the use of different types of anchoring of the structure and insulation layers. Individual parts of the building were also diverse in terms of height. The floors and thus window openings were located on different levels. This required skillful separation of the diverse shapes of the building while giving the whole a coherent look. Hence, individual wooden cubes are separated by vertical walls covered with brick, while the window openings have been changed in such a way that they are a common denominator for the entire object.

Due to the cladding used, the façade was made in two systems - as a ventilated façade, closed with HPL panels with natural wooden veneer, and a light wet method with double doweling finished with hand-formed tile. In addition, mounting anchors were used to matching the various materials from which the structural walls were made (solid brick, hollow brick, etc.). Unfortunately, at the stage of implementation, the selection of materials and colors included in the project was changed.

The biggest challenge was the geometry of the FAÇade made of HPL boards. Each panel is tilted from the façade by 15 degrees, and due to the irregular rhythm of vertical divisions, each has a different width and distance from the face of the wall. The whole is complemented by steel balustrades of the bridge type in anthracite color, corresponding to the color of the woodwork and smaller details on the facades. 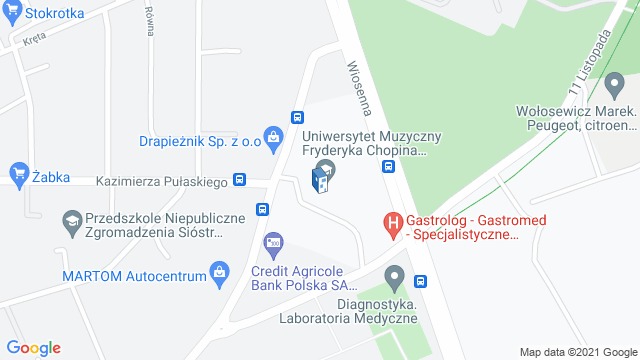 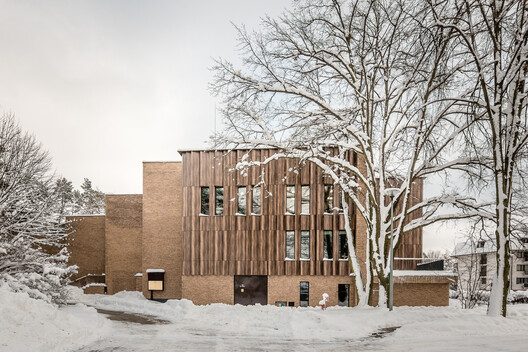