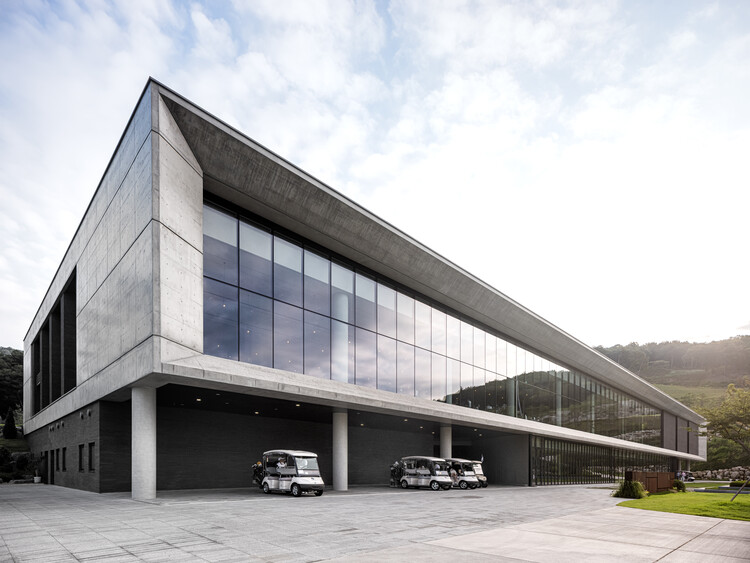 Text description provided by the architects. NATURE┃CULTURE - ROUTE52 CC is located on the highest ridge of Dangsan Mountain in Yeoju, which consists of a broad plain. Our expectations for this blessed place - the perfect location that can be easily found even from a distance offering a distant view and being able to enjoy the vast green and nature together - were unfortunately utterly blown away during the on-site survey when we found dozens of hectares of upended red-brown soil. Instead of mimicking nature sloppily by advocating the idea of 'architecture that blends in with nature,' we instead thought paradoxically that we should do the architecture and leave nature to nature and that this would be the most natural thing. In that site, we decided to place the long and wide concrete mass as raw as it is indifferently.

Sublime Beauty and Strong Form - We intended to give unpredictable beauty or inspiration. We aimed to give the material as raw as it takes on a simple form, a large, long, and tall splendor, and a bold transformation, keeping the rough surface as it is. We believed that this was the best way for architecture to blend in with nature. The rectangular and magnificent exposed concrete frame is a lens that captures nature. Tall and long-brick walls standing one after another are intended to draw attention and traffic from outside to inside, creating the depth of space. We extended the thick roof concrete surface to form a canopy naturally and captured the sky through a large round hole in the center of the concrete.

The stone pillar with wild vein patterns supporting the vertex of the canopy was designed in a diamond shape, setting the focal point of the first and last impressions. ‘Rawness’ of Concrete - Concrete is the most honest building material. It is a structure that allows the building to stand on its own and a finishing material that composes the interior and exterior of the building. Also, it is not something that can be made and assembled elsewhere but must be made in a form in the place where the building will actually be. We accepted the inconvenience of rawness and decided to present it as it is. We hollowed the long and tall concrete mass and chamfered edges to emphasize the shape, expanding the planes and making a huge hole.

'Texture' of Brick - A brick is a small unit, and its properties are implemented variously depending on its shape. We overlapped the walls made of cement bricks one after another into the frame of concrete and intended to create the feeling of 'weaved texture' felt from the huge mass and the warmth that comes from the purity of the material. 'Wildness' of Stone - The pillar of the main entrance that solely supports the heavy concrete canopy embodies a hard and refined crystal. The geometric shape that changes the planar shape from octagon to square and back to octagon paradoxically is the only structure with natural patterns in this building. We intended to give the feeling that the wildness, composed of intense black and white vein patterns, is well refined and tamed. 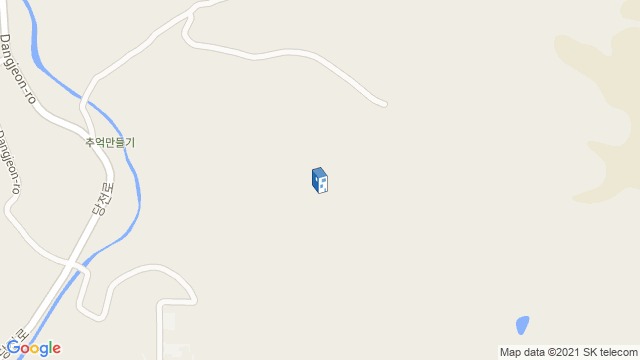