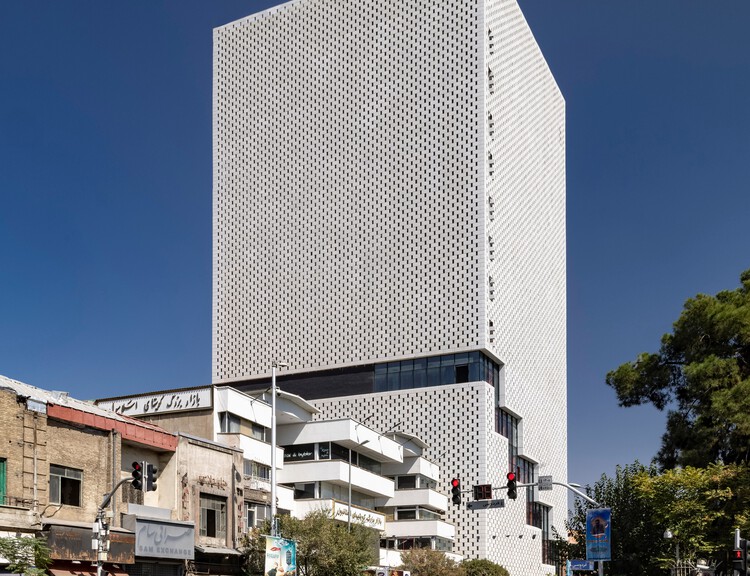 Text description provided by the architects. Plasco was a 17-story building located at the heart of Tehran’s Downtown. This construction collapsed on 19 January 2017 during a high-rise fire. The building had a 15 stories tower in front and 5 stories separate building on the backside. The tower part burnt down completely during the fire and 16 firefighters and 6 others died during the fire, but the Backside building remained restored as it was. In Oct 2018, a design competition was held openly for designing a new Plasco building as a perdurable national monument. This design was awarded second place in the competition and after passing several assessments, it was selected for construction by the juries and client.

Architectural Concept. The “New Plasco Competition” requirements in addition to a 15-story tower and 5 basement levels with commercial use requested a floor of the building dedicated to a memorial for martyrs of firefighters. Following the restrictions and compact program in the building, the memorial part was the most flexible area to demonstrate the design concept.

The ground floor due to the direct access to the adjacent pedestrian walkways and the fifth floor with its connection to the remained building rooftop was the most vibrant location with proper potentials for housing the victim memorials. Therefore, in the proposed design the memorial space is showing up as a fluid stepped space connecting the first to the fifth floor. Moreover, there was a horizontal void in the 5-story existing building. We added a vertical void into the new tower and connected them together. Thus, the circulation diagram transforms from 2d to 3d status.

To be a memorial building, this project does not directly refer to the tragic collapse. We believe that a realistic representation of the incident, instead of presenting an alive dynamic memory, captures a momentary picture and ruins it indeed. In this way, we evoked the abstraction. We were searching for new ways to elaborate the event and generate a new kind of meaning. Fragmentation of the form drags the audience's attention to the disaster.

The fragments are suspended in a way that shapes a cavity at the center. This opening is the museum where separates the audience from the street chaos and leads them to the roof garden on the top of the 5-story building. In fact, the museum is the path that goes through the building and revives the memory in visitors’ minds. Despite the museum being removed from the project during the construction due to a mistake in the municipal permit, its effect remains in the volume, thus, it will remind us of the incident and will be a memorial of martyrs forever 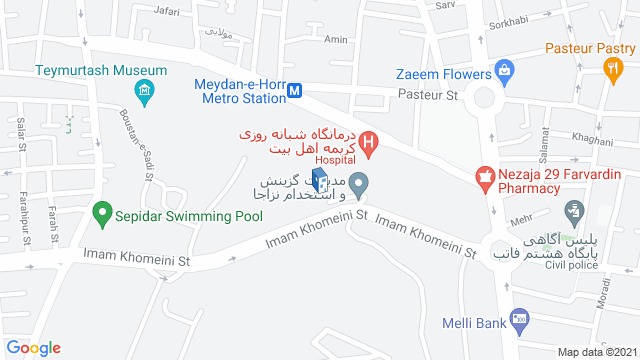 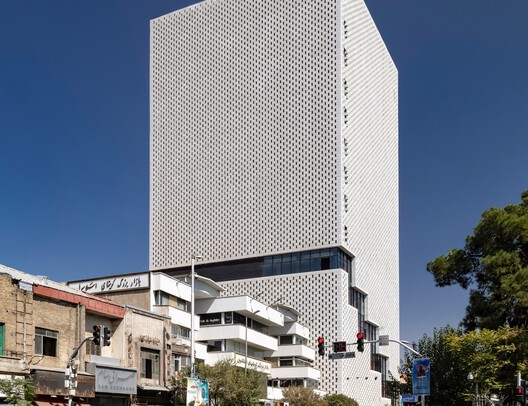