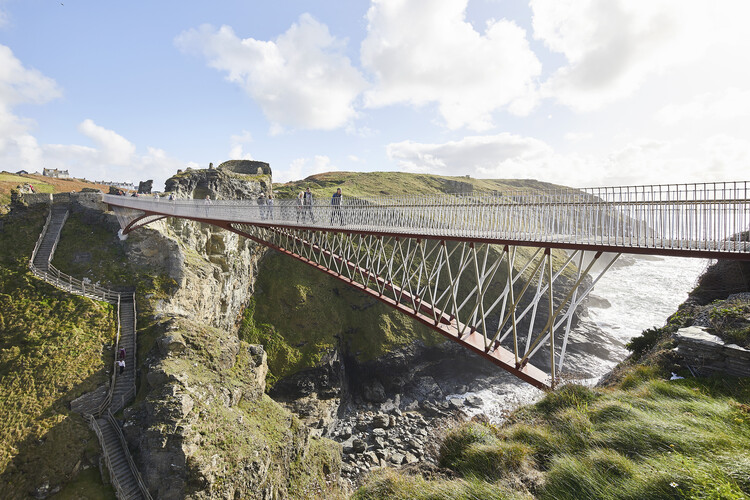 Text description provided by the architects. Spanning a 190-foot gorge and with a gasp-inducing gap in the middle, the bridge follows the line of the original route – a narrow strip of land, long lost to erosion – between the 13th-century gatehouse on the mainland and the courtyard on the jagged headland or island jutting into the sea. So significant was this historic crossing that it gave rise to the place’s name, the Cornish Din Tagell meaning “the Fortress of the Narrow Entrance”.

The medieval scholar Geoffrey of Monmouth wrote that this land-bridge was so narrow that “three armed men would be able to defend [it], even if you had the whole kingdom of Britain at your side”. Legend has it that the King of Britain, Uther Pendragon – transformed by the wizard Merlin into the likeness of the Duke of Cornwall – stole across this passage way into the castle where he spent the night with the Duke’s wife, Ygerna, who later gave birth to the future King Arthur. So impressed was Richard, Earl of Cornwall by the Arthurian myth that in the 1230s and 1240s he built a castle at Tintagel, with the land-bridge an integral part of its design.

That crossing vanished in the 15th or 16th century but now English Heritage has restored it, replacing the original rock, earth and grass with a footbridge of steel, local Cornish slate, and oak. Built in Plymouth and designed by Ney & Partner engineers and William Matthews Associates Architectural Practice, the bridge consists of two independent cantilevers of approximately 30 metres length each that reach out from either side to – almost – touch in the middle.

At the centre of the bridge, a narrow gap (40mm) has been designed to represent the transition between the mainland and the island, the present and the past, history and legend. The elegant bridge complements the outstanding landscape and unlocks for the visitor the history of the site.

Tintagel Castle welcomes almost 250,000 visitors each year and the new footbridge will help to reduce congestion – especially at peak periods – and provide a step-free route onto the island, helping more people to enjoy a visit to the castle.

The bridge at Tintagel Castle is part of a larger £5m programme of works by English Heritage which includes improving the footpaths around the site, helping to limit the impact of visitors on the castle’s unique archaeology, and ecology. 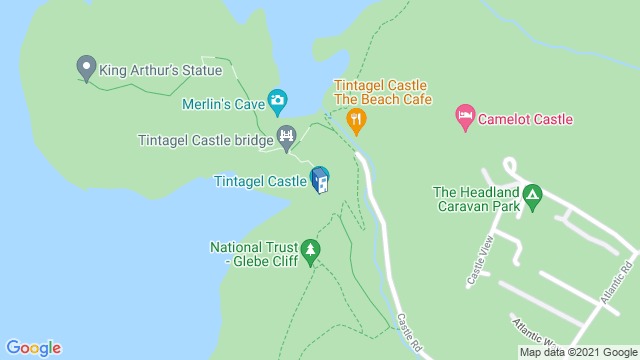 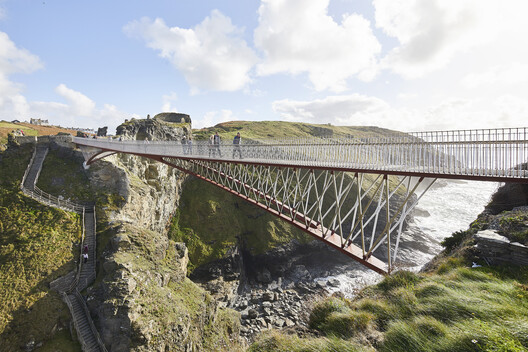