Save
KAB Makes a Home for Housing Headquarters / Henning Larsen 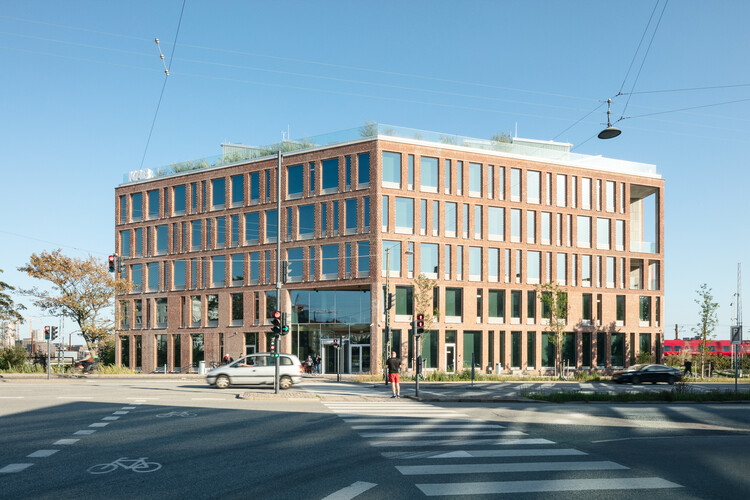 Text description provided by the architects. Henning Larsen’s latest, a 7,400m2 new headquarters for Copenhagen- based housing association KAB, is a building at a crossroads -literally and metaphorically. Located on the axis of two major streets in Copenhagen, between one of the city’s oldest neighborhoods and one of the city's oldest neighborhoods and one of its newest, the building bridges Danish office culture with home life.

A building for the moment. Like many cities across the world, Copenhagen is facing a housing crisis. Unlike many cities, however, where a complex web of speculative development and financial interests have shifted the view of housing from a place for living to an opportunity for investment, in Copenhagen the problem is simple: there are not enough places to live.

When KAB, was founded in 1920, Copenhagen faced much the same problem it does today. As people flooded to the capital from the countryside, housing simply couldn’t keep pace. Housing associations like KAB were established to develop, build, rent and administrate properties – and to make sure that prices remained fair. Today, KAB manages nearly 64,000 units across Greater Copenhagen, housing approximately 120,000 residents (10% of the city’s population) with a quarter million more registered on waiting lists.

The variety of services KAB provides, from the administrative to the development and investment focused to the more social/outreach-oriented, would make for a complex assignment in any new headquarters. But the challenge of KAB’s new headquarters runs even deeper – the building is representative of Denmark’s approach to collectivism, welfare, and the home itself.

A home for housing. The architectural approach to KAB is a deceptively literal one, taking traditional elements of the home – the living room, the stairs, the garden, the kitchen – and applying them to the workplace. Things begin traditionally office-like: The ground level is open and airy, the large reception desk flanked by a plant-filled seating area behind which the office canteen nestles. It is once you make your way up the stairs that the feeling changes.

Within the atrium, nearly everything is clad in wood, giving the space a soft, ‘hyggelig’ feeling and adding scent and texture not often associated with the workplace. The slender stairs cut back and forth across the middle of the atrium, alighting on large community kitchens on each floor.

The western edge of the atrium is a wall of windows, behind which the main meeting rooms – outfitted to resemble rooms in a house – and office are located. This move marks the border between the private workplaces for KAB and the space that is accessible to the public, while also suggesting something a little more subtle. When you peek into the windows of the meeting rooms from the stairs, you are observing a household at work. 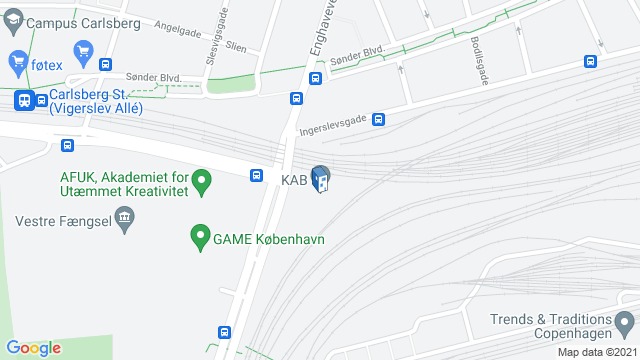 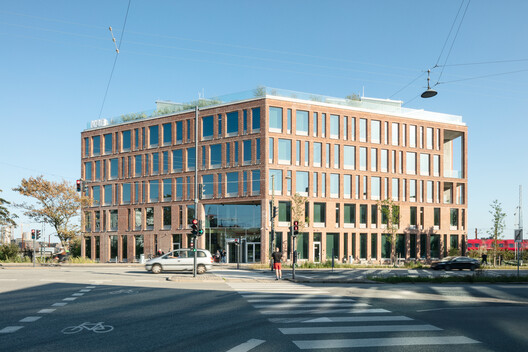