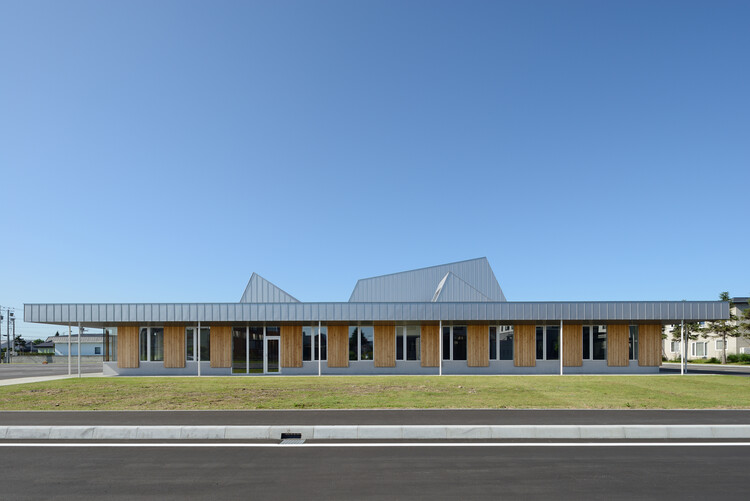 Text description provided by the architects. In Takasu Town, which is adjacent to Asahikawa City in central Hokkaido, two districts form an urban area as dormitory towns for Asahikawa, and three districts are spread across rural areas. This is a design for rebuilding the Residents Center in the central urban area of Takasu District. While maintaining its function as a public hall for the Takasu District, it was planned to also function as a library that all Takasu residents can use, and to become a new town base where the various generations can interact.

The building is a compact one-story building with a central hall, and the planned layout adapted to the surrounding residential scale. Deep eaves around the four sides protect visitors from the snow and create a welcoming impression from any direction. The sloping roof, designed in consideration of snow accumulation, snow-sliding, and lighting, allows the facility to blend into the adjacent residential area, and the metal sheets reflect the changes of season and time.

The plan was to hollow out a large courtyard into a simple quadrilateral plane and integrally connect the public hall and library functions via the courtyard. A number of locations scattered around the courtyard allow the natural light to penetrate, and affording the townspeople with areas to pass their time freely.

As for the structure, sandwiching the reinforced concrete hall allows the building to have two-thirds of the total area consisting of a wooden structure. Different frame types were adopted in accordance with the various functions including the hall, which required sound insulation over a large space, meeting rooms and multipurpose rooms for different activities, and the one-room library with a high ceiling.

The entire structure is unified by the use of frames made of larch wood and interiors using larch plywood, with the spaces connected using glass screens. The wooden frame and natural light add depth to the quadrilateral plane covered with the thick outer skin, and we aimed to develop a building where activities are spread throughout the facility. 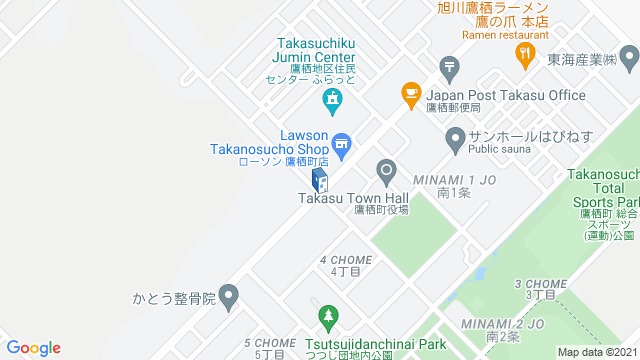 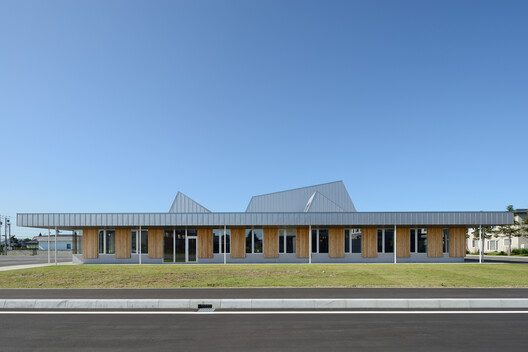