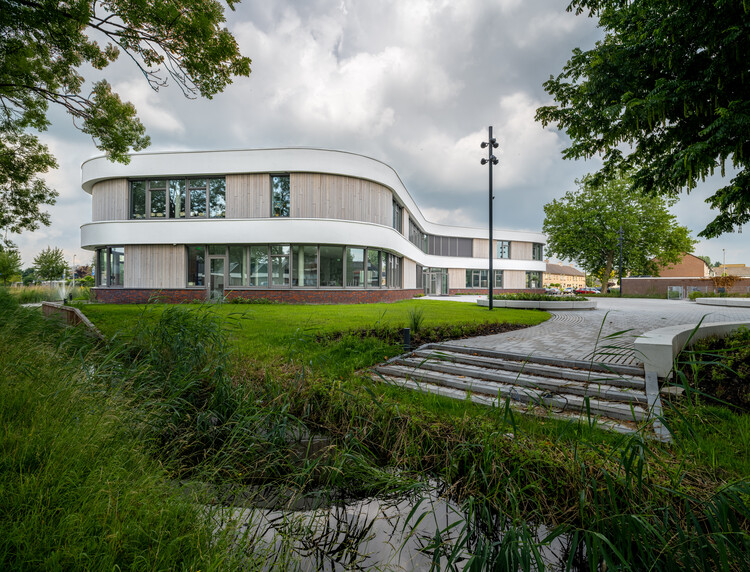 Text description provided by the architects. The DNA of the school. “The Ashram breathes warmth,” says former student Evon. “Each student is the architect of their own school career,” according to former director Gert-Jan. The Ashram is characterized by granting everyone, students, teachers, and staff, a chance to be themselves and to develop personally, captured in the slogan of the school: “Personal, multilateral and result-oriented.” The architectural concept is based on these characteristics.

Facilitating meeting. Broekbakema has designed a compact building with three wings spreading from the connecting central space, ‘the central heart, placing each of the departments closely around it. ‘Facilitating students and teachers to meet. From department to department, students and teachers travel through this centre, creating a lively space where different routes cross. The three wings offer flexibility for the various educational spaces.

The building has no corridors, but instead small squares with seating are placed between the classrooms. As such, the educational environment is designed to stimulate meetings and encourage the creativity and autonomy of its students. Expressive appearance. The school building is recognized as one single entity because of the horizontal lines which follow the façades. The exterior of the school becomes a sequence of convex and concave curves due to the extending wings. The concave curves are welcoming and have an embracing character. Meanwhile, the convex curves allow the different departments of the school to effectively show their activities to the town of Nieuwkoop.

Energy neutral and healthy. The new school is entirely energy neutral. The low energy demands have been realized by early adoptions in the design process, considering the building’s orientation, the incoming sun, and the implementation of a passive solar heating system. By extending the floor and roof, the overhang functions as a passive solar screen. By heavily insulating the building’s façades as well as applying light finishes, the number of installations in the building could be limited, reducing the running costs of the building significantly. The building has been connected to a collective system using a ground-coupled heat exchanger and heat pumps.

This system is shared with the neighboring houses and a community centre, allowing the exchange of heat between the different buildings. For example, the cold taken from the houses in order to heat them can be used to cool the school. In order to generate electricity, 350 solar panels have been placed on the roof. The building itself catches a lot of sunlight as well, inviting it in through the generous windows and daylight tubes. Additionally, energy-efficient LED lighting is used as well.

The functionality, energy efficiency, and interior climate match the “Frisse Scholen” certification class B. Both the comfort level and Energy Prestation Coefficient (EPC) is zero, realising a healthy educational environment for both its students and teachers. The Ashram is a compact yet expressive school with spacious learning areas surrounding a vibrant heart. It is a delightful, sustainable school for active learning in the centre of Nieuwkoop. A school that connects! 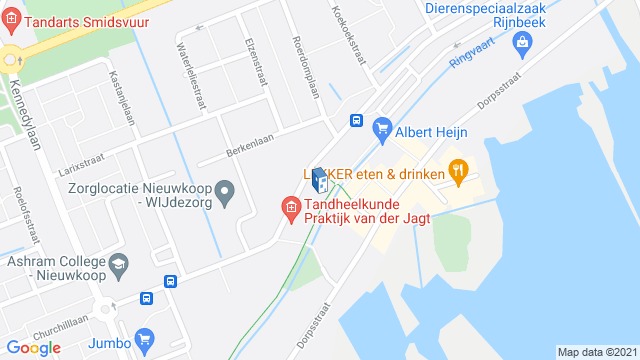 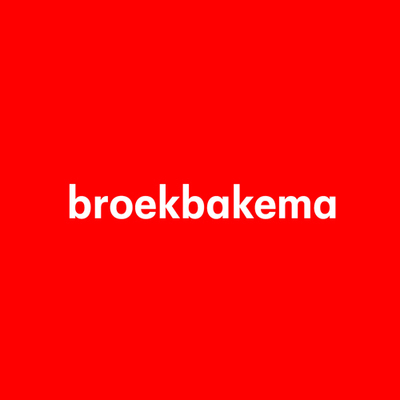