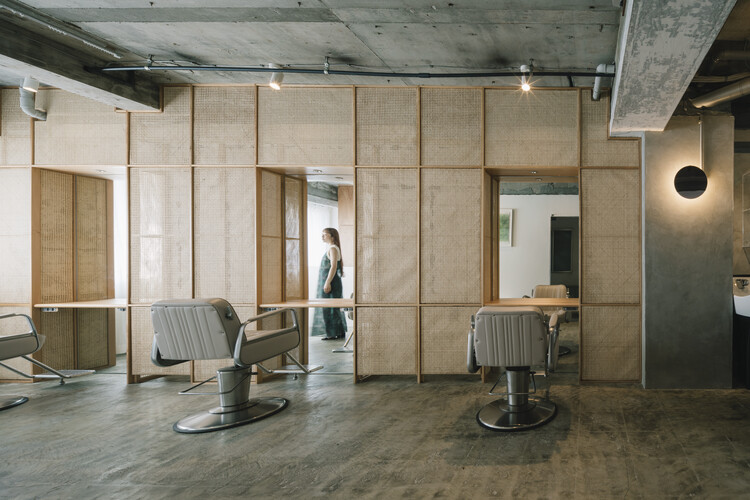 Text description provided by the architects. This is a project to renovate a former retro hair salon on the second floor of a building on a narrow alley that seems to have been left behind by urban development, a short walk across the street on Hondori Avenue in Naka Ward, Hiroshima City. The name of the store was coined from the first and last name of the owner, instead of the seasonal winter word FUYU. When I visited the site for the first time and heard the name and meaning of the store from the owner, I was surprised by his view of the world and thought that FUYU could be a way to break away from the mundane and conventional. I felt there was a possibility that I could create a space with a different approach.

I wondered if it would be possible to make small space of fewer than 10 tsubos feel as spacious as possible to visitors, and by gradually making the functions necessary for a hair salon float away from the walls of the building, I was able to make it seem like a piece of furniture with a function as an art piece concept, rather than an architectural element with a function attached to the space. In the center of the space, there is a silkscreen art piece called Hair, which is based on Kohei Nawa's hair.

Detail - The reception counter and benches are made in the shape of an L-shape as if to draw a single line on a rectangular plane with depressed corners. The reception counter and benches are placed in an L-shape, and the joints are deliberately removed from the frame. For the cutting booth, a rattan screen was built at a distance of 30cm from the frame. The mirror and counter functions are embedded in the screen. The distance to the wall of the building becomes ambiguous as you can see the body of the building through the rattan.

In addition, the depth of the rattan screen is repeated through the mirror, giving the space a sense of spaciousness. Also, by using transparent acrylic boxes for towel storage, the functions of the towels and shampoo seem to float on the wall. The ceiling-suspended air conditioner is framed by the wall opening and shown through the steel mesh to look like an object. In this way, by separating the infrastructure and fixtures from the building frame, the entire space is given a sense of floating. The entrance is not a facade by creating something new, but by using a mirrored surface to reflect the background of the street onto the building and distorting it slightly, the entrance is made to look like an unreal space-time tunnel. 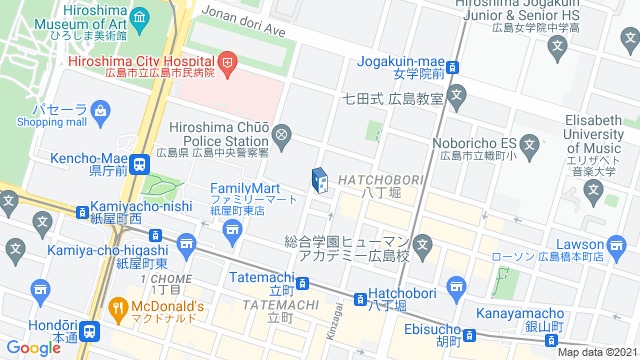