Save
The Vibes Office / Infinitive Architecture

The vibes is a bioclimatic office building with a diversity of open spaces and greeneries, enough to create a tranquil and peaceful resort vibe right in an urban area. However, being located on a narrow residential street is a weakness that requires an adaptation from a dwelling neighborhood into a working vibe of space.

From this context, we proposed a multi-zoning masterplan with the main elevation located on the inside, at the central garden. The front garden set the external elevation back in a proper distance, enough to create a buffer zone for the interior views towards the frontage. The approach to the lobby is a transition of many different space enclosures: the front garden, the shady entranceway, and the central garden.

Behind a green screen wall of cable climber plant, yellow Mandevilla, playing the role of the doorway to the interior, there is a combination of internal transition areas along with the vertical circulation and corridors. This transitional space planning creates gradual adaptation for the temperature to remain comfortable between adjacent places. The provision of a large reflective water feature occupying 1/5 of the garden area, which positively contributes to the microclimate improvement of the outdoor areas under the heat of the south Vietnam sun. Besides, the suspended roof of over 200 sqm coverage creates a shady buffer space from the openings below. The diversity of open spaces in different directions and levels allows people to access the open-air easily and implies the idea of encouraging outdoor activities for people working in the building.

All public spaces are naturally ventilated. Simultaneously, the workplace areas obtain natural light from the tremendous intersections with the outdoor. In addition to that, the bamboo sunshade skin on the facades reduces most of the thermal radiation and creates buffer zones over the glass skin, which helps minimize the energy consumption on daytime lighting, air conditioning, and benefits the improvement of building energy intensity through reduction of operational carbon emission.

The see-through combination between the bamboo skin and the transparent partition walls results in many visual effects on the interior. The bamboo skin also acts as a visual filter on windows using the dark-light interleaved pattern coming with motion. This filter helps improve imperfect surrounding sceneries and promotes explorations from the inside out. It also interacts with the frosted patterns on the transparent partition walls, which results in a moiré effect throughout the interior. Besides, the bamboo skin offset from the full-sized frameless glass windows from each facade makes the interior boundary look extended horizontally under parallax impact.

Lastly, all open spaces are embedded with the sounds coming from the performance of the percussion balls integrated into every internode of the bamboo skin. This mechanism is similar to a Vietnamese traditional musical instrument called t'rưng or the westerner's vibraphone. The interactive vibration sounds of 20 - 30 decibels in light breezes bring tranquility to the open spaces. This implementation is an experiment in having architecture perform in other manners: motion and sound. 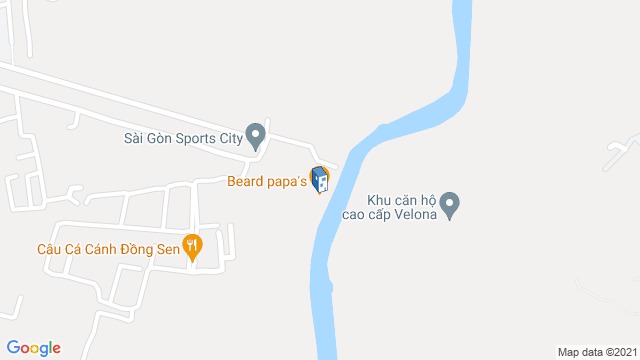