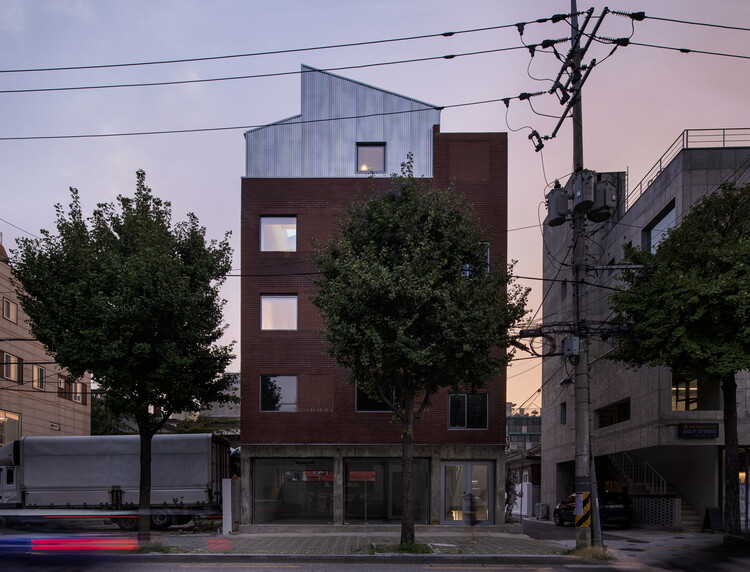 Text description provided by the architects. The project involved the conversion of a multi-generational household into a new office of WGNB in Seoul. The existing building was four stories high and was fully remodeled internally. The original red brick facade was retained and windows and an extra floor were added.

The volume is clad externally in corrugated steel panels to contrast with the original facade's red bricks, a common material in Korea in the 1990s. The distinction prioritizes the building's original history while positioning it in a contemporary context.

Internally, a void cuts through three floors, bringing in sunlight and creating a constant play of light and shadow throughout the day. This has also become a communication channel between floors, making the office space active and engaged. The color palette has been kept minimal and light to make the office space feel airy, bright, and cozy. 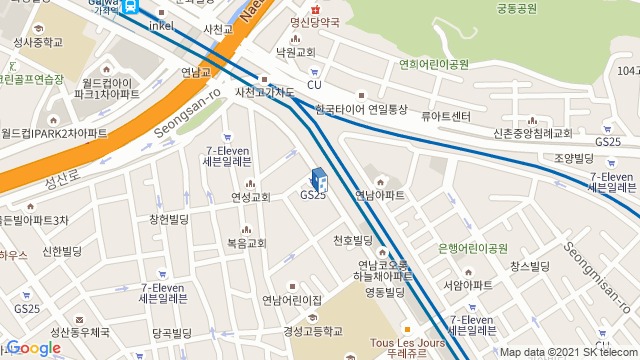