Save
Aedas Designs Garden City in Shanghai
Share
Or
Copy

Aedas revealed its design for a mixed-use development in Shanghai, a mid-rise high-density scheme comprising several blocks of offices, retail spaces and a hotel linked by an extensive network of public spaces. A central circulation spine running across the site connects the various programs and, together with a series of green spaces, recreates the atmosphere of the organic urban fabric. 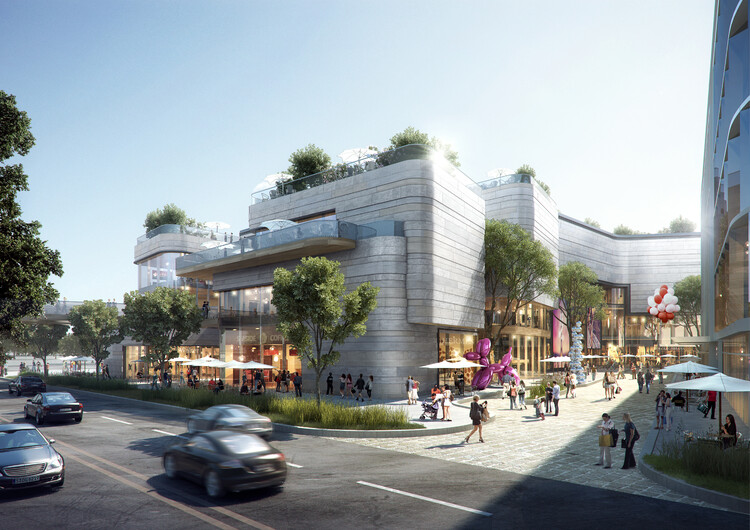 Located near Shanghai’s West transportation hub, the BU Center reinterprets the office typology through a series of open courtyards and interstitial spaces that encourage social interaction and exchanges among programs. With a building mass designed to form a brand new skyline without obscuring the context of the Qingpu District, the project aims to create a new development model for Shanghai, characterized by green spaces and civic focus.

The concept is reified by the creation of the Garden City, a marriage between a Garden Office and a Retail Parkland. Through adopting classical garden praxis of shifting scenery, the design installs flourishing public green spaces to encourage interactions amongst workers, while fusing with roof gardens and planted walkways to create a place where shoppers can relax and socialize. - Christine Lam, Aedas Global Design Principal.

The development reinterprets elements of classical garden design, while “the low-rise folding facade is derived from ancient Chinese folding screens”. A sunken staircase mimics the topography of natural terrain, and a sky bridge connects the development with the neighbouring subway station.