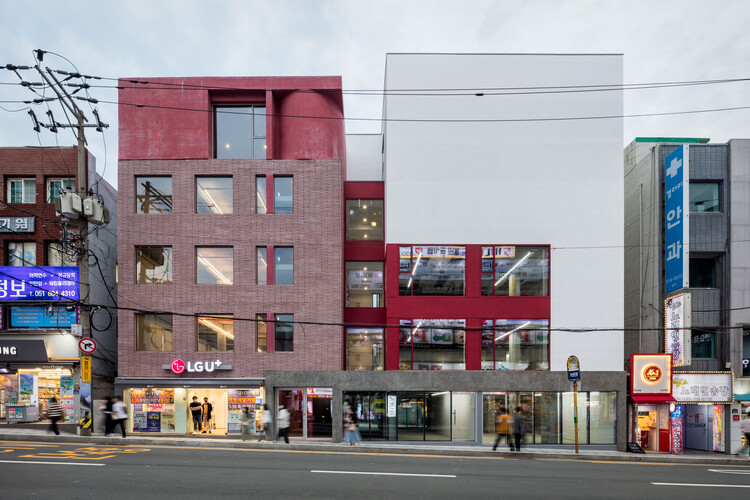 Text description provided by the architects. Situated in a commercial street of the University district in the dense old downtown, ‘project Re-interpret’ operates newly. By making an appropriate and yet unfamiliar suggestion, it grants identity to the anonymous commercial street which is consist of a row of buildings that only exist as a facade covered with commercial signs. ‘project Re-interpret’ is an extension/renovation work that connects two 40-years-old buildings into one, in addition, to make each of them vertically extend.

The massivity of the red concrete construction on one side and the lightness on the other side respond. The composition of metals and windows invading clean white mass while creating a connection passage makes the contrast between the two buildings more definite. The concept of the red metal configuration continues to the back of the building, creating a staircase that protrudes outwards.

Two buildings are simultaneously creating contrast and balance with a different method of approach in structure and material: Each was applied with opposite methods of wet and dry to be renovated. The red concrete core greatly lessened the structural issues and necessary functions and therefore, it was possible for the other side to be extended with the minimum of the steel frame structure.

The outstretching red steel staircase regenerates the neglected alleyway, acting as an eye-catching object. The back yard connected to the first floor and the red external staircase revitalizes the surroundings and streets. Ironically, this was an architectural solution from the concern of maximizing the area suitable for commercial facility programs. The new structure maintains the scale of the original urban block and rhythm even though they become a doubled single volume. As pedestrians walk along familiar streets, they are aware of a new recognition of the city. 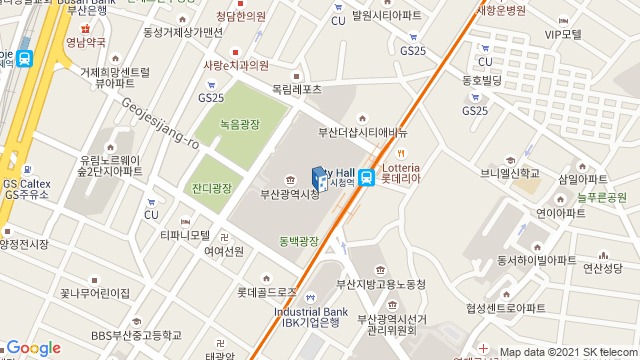 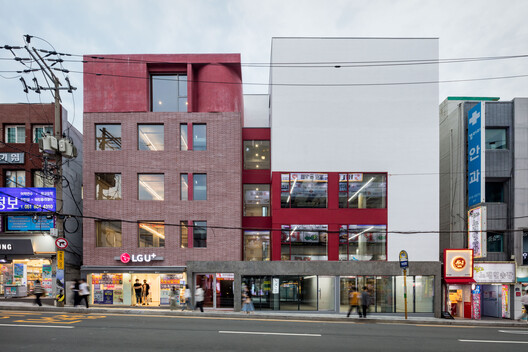