Save
Urban Sprawl and Ghost Towns: The Impact of Mining on Cities
Share
Or
Copy

The urban settlements we inhabit today exist in their present form due to a host of reasons. There are cities that have grown due to their proximity to water – such as the growth of Dar es Salaam to the major port city it is today. There are the planned capital cities scattered around the world, governments of countries such as Brazil and Nigeria building cities from scratch from the input of acclaimed architects. There are also the settlements that exist and grow because of certain industries, such as Silicon Valley in the American state of California being home to giants of the technology industry. There’s an industry, however, that has spawned both pulsating cities and abandoned towns – the mining industry. 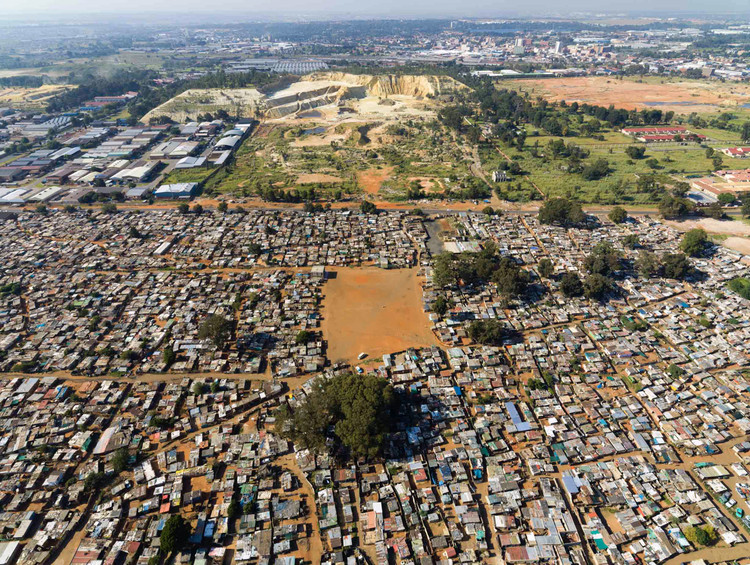 Mining towns and communities usually have their origins around a particular location where a valuable mineral deposit was discovered – which then led to the construction of mines and quarries for extraction of the resource. The United States is home to a large number of these mining towns, most of them formed in the nineteenth and twentieth centuries as the country industrialised and underwent the Gold Rush, with fortune seekers – mainly young, single men – flocking to the site of newly discovered gold deposits.

Mining, however, can be a fickle industry. Many of the towns that sprung up during the Gold Rush were left abandoned as mines were depleted or due to natural disasters. The town of Berlin in the U.S state of Nevada is an example of this – a settlement which displayed the limitations of company towns. Established in the 1880s, the town was a hub for the mining of silver, and supported around 250 people including miners, woodcutters, and a doctor. The abandonment of Berlin is an indictment of how company towns can be exploitative, as it was a 1907 miner’s strike that led to Berlin’s present-day “ghost town” status. Worker’s demands for higher wages were not listened to by the company, which eventually caused a mass exodus of people, leaving behind dilapidated structures.

Other American ghost towns such as Independence and Carson were left empty of human population due to the weather, the latter town for example left abandoned due to long and harsh winters. The fall of monotowns in Eastern Europe is well documented too, the coal-mining town of Vorkuta in what was the Soviet Union one of the fastest shrinking cities today, a complete contrast to the town being home to 250,000 residents in the 1980s.

Mining towns, nevertheless, do not always fade into obscurity or irrelevance. Many of the large metropolises around the globe today can trace their roots to humble origins as mining settlements. The history of the city of Johannesburg in South Africa goes hand-in-hand with the discovery of gold on its lands. Happening parallel to the gold rush in the United States was a similar phenomenon in South Africa, as the Witwatersrand gold rush of 1886 transformed the landscape of the city. 10 years saw the formation of a fully-fledged town, and 30 years after the initial gold rush, Johannesburg was South Africa's largest city.

Economically, the city of Johannesburg did not suffer the fate of other “boom-towns” which sprouted after the gold rush, with Johannesburg's transformation into a metropolis only coming on the back of unequal exploitative practices which marginalised the native African populations and causing an increase in informal settlements.

Today, Johannesburg’s vacant gold mines – after their relocation to more rural areas – are occupied by residents who have constructed their own housing and communities. Deep-shaft mines built by mining companies in Johannesburg have led to a damaged ecological habitat, with large mine dumps a conspicuous feature of Johannesburg’s urban landscape. This environmental degradation in turn makes for a precarious living situation for residents residing around Johannesburg’s mining belt.

As conversations abound today on unethical mining practices taking place around the world, an understanding of the settlements built around the industry is a useful lens for evaluating our urban landscapes today, and critically examining the company towns of the future.