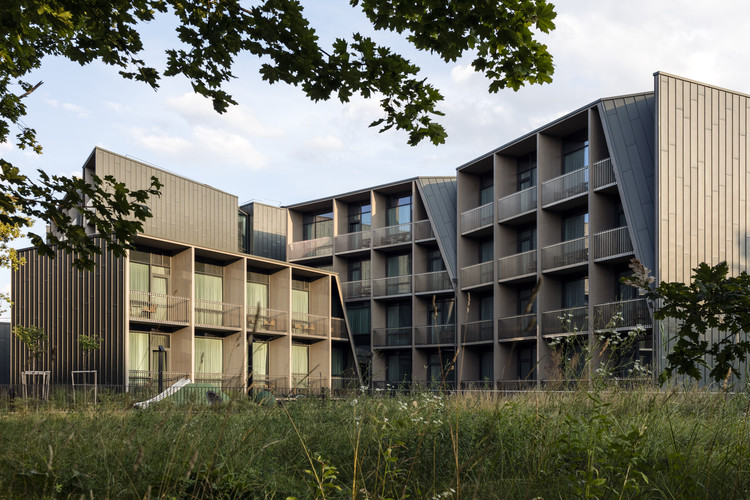 Text description provided by the architects. Diving into a dream is taken for granted by us, while it is quite unusual to imagine a dreaming building. Therefore, this hotel does dream - it dreams of a powerful oak tree that once grew here, which is remembered by everyone even after being defeated by lighting. It also dreams of the surrounding wooden villas, whose echoes can be found in the proportions of the buildings. It dreams of Druskininkai resort forests, where pines create performances of light. Finally, it dreams of its inhabitants coming to discover the pleasures of sleep. The best place for such a building - the historic healing resort of Druskininkai, where wooden old villas reside, mineral springs gush, and pine forests flourish.

While drawing the sketches of the building the old oak was still here, there was no possibility to save it. In such a context, it was decided to leave that site undeveloped and replant a new oak tree. The volumetric composition and proportions of the building were influenced by the scale typical of historic wooden villas. Light has also become an important in dividing the volume. For instance, the sun crosses the hotel in half and traces the main entrance, which is next to the successor of the old oak. Even the pines on the city coat of arms have become another semantic element in the architecture of facades. The vertical rhythm of them are coded in the structure: the grid of balconies is divided in places by V-shaped “fluctuations”.

The functional model ensures choice possibility for the resident: once he wants to socialise, he will find several meeting spaces, and if he wants to hide or fall asleep - he will  find his own quiet corner. In such a context, on the ground floor halls, restaurants, lounges, SPAs are designed, while the bedrooms are situated on the upper floors.

Have you ever noticed the rays of sun peaking through the pine trees? This play of light is transferred to the hotel spaces: the light falling on the textured interior walls creates the feeling of being in the woods. The interior is realm of dreams, where is significant to avoid  contrasts. The transition from light to dusk can be seen everywhere: in the common areas as well as in the hotel rooms.

The hotel's public spaces continue the external spaces, so the same finishing materials are used. Meanwhile, the rooms are designed as a textured, soft area, where a moss-like carpet combines with 3D walls. The lighting, as in the forest, indirectly spreads from everywhere - no one is allowed to disturb the dreamy state.

A separate world becomes an underground SPA zone - where the sandy terrazzo walls and floors with the fragmented light ease the atmosphere. Meanwhile, the pool reminds of a forest lake, lets to feel the symbiosis of heat, water smells and a dream. InSOMNia tortures us, but it can be shared with a dreaming hotel and, for at least a short time, immersed in the healing dreams. 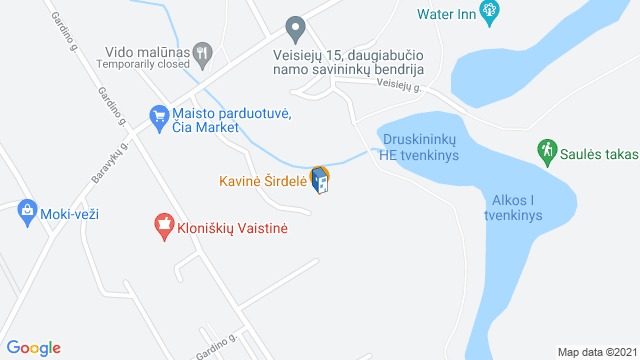 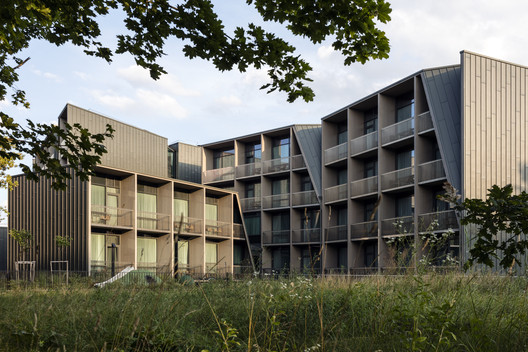