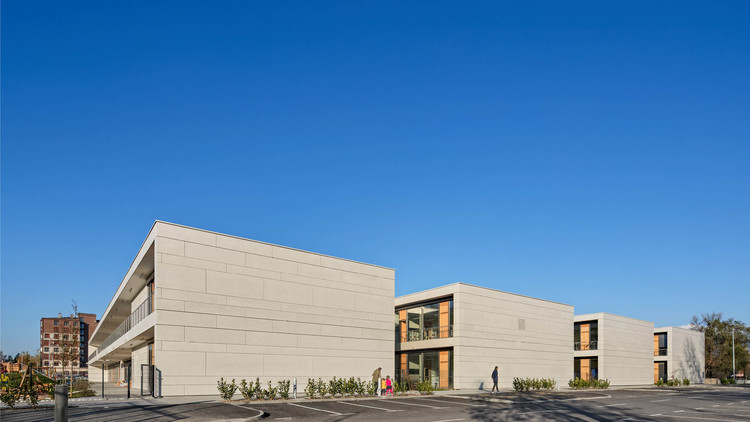 Text description provided by the architects. The complex is a set of orthogonal volumes along the eastern margin of the plot keeping the same perimeter and strict height relationship. The American school forms the northeast corner, the Croatian elementary school the southeast, and the kindergarten is a neutral, low structure in the middle.

The objects are in a dialogue of form and structure; they build a space around the inner courtyards and emphasize the intimacy or security of the introvert. The educational complex is a nearly-zero design and the orientation is strictly determined by the optimal lighting in the north-south direction with glazed facades or east-west where the solid wall surface dominates.

The American school is a departure from both the classical system of education; classrooms are transparent to the surroundings as an intertwined system of niches next to the atrium and all spaces which are connected and flow into each other.

The kindergarten was formed around an elongated central courtyard. PVN continuously with the atrium separates the nursery from the kindergarten unit and the primary school is organized in groups circularly connected to the inner courtyard. 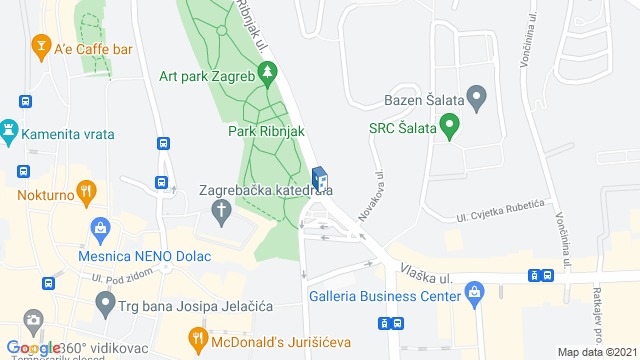 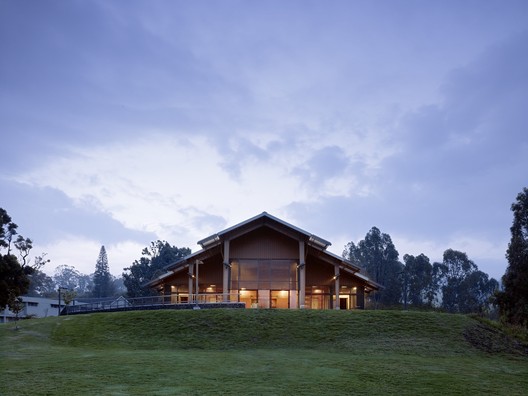 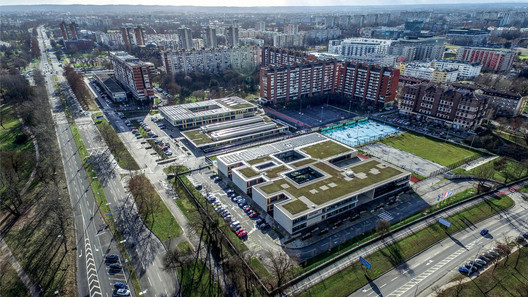