Text description provided by the architects. 2018 China International Garden Expo was held in Nanning, positioned along a river in the city’s hilly outskirts. Interspersed in the southeast section of the site is a series of quarries. The organizing committee hoped to transform seven of the relatively intact quarries into distinctive gardens displaying in the garden expo. The site covers an area of about 33 hectares. Several years had passed since mining at some of the quarries onsite ceased, yet two of the quarries persisted in mining activities until the city won the expo bid. These quarries suffered blasting during the mining that caused fragmented surfaces and rugged landforms at the pit bottom. The site was strewn with dilapidated hills, towering cliffs, deserted land surfaces, bottomless ponds, piles of abandoned soil and gravel, rusty quarrying equipment, etc.

The project faces a series of huge challenges：
1. The quarries presented extremely complex landforms that imposed design challenges in accordance with current mapping images.
2. Water levels in the quarries were unstable. In fact, two of the quarries that stopped mining later showed sustained rising water levels. Very limited valid hydrological data were available.
3. The geological conditions of the quarries were complex and the cliffs were dilapidated. The possibility of collapse and rockfall present unpredictable safety risks.
4. The quarries’ ecological environment was severely damaged and the restoration of vegetation was faced with great challenges.

Through an aerial scanning of UAV, landscape architects obtained three-dimensional digital models of all quarries, on this basis the design could well match the site landforms. To provide relevant data required for the design, a local institution was assigned to record changes in the water levels of each quarry every half month. With safety as a primary consideration, the setting of facilities and various paths intentionally avoid dangerous zones, while highlighting distinctive features of the quarry landscape. Moreover, safety measures were strictly implemented where necessary to prevent cliff-slide rock falls. According to the different goals of vegetation restoration, the soil was introduced to earth up planting areas forming different soil thicknesses to create conditions for habitat restoration of the particularly large number of native plant species. Stones, gravels, mucks, and mining machines on the site are reasonably preserved and reused in the new landscape. Although similar in appearance, the quarries vary from each other greatly in terms of scale, space structure, and characteristics. Landscape architects adopted various methods of intervention and vegetation restoration that complement each quarry’s distinctive qualities.

Quarry No. 1 is a one-hectare quiet pond walled within a rough rock hedge, in which China’s traditional landscape aesthetics is attempted to be embodied. A wooden and irregularly-shaped pavilion is nestled within a rock gap at the edge of a pond, whose structural form is inspired by the local vernacular architecture. It provides visitors with a panorama of the green pond and encircling cliff, and babble waterfall on the diagonal opposite. To adapt to the unstable water levels, the Pavilion floor is designed to float. A waterfront path links four platforms with varying elevations, offering people with all-around perspectives to enjoy the scenery.

Quarry No. 2 is surrounded by cliffs on all sides，with an area of only 0.4 ha. The quarry bottom is relatively flat and accumulates water perennially. The quarry is designed as an aquatic garden. The zigzag steel grating walkway winds through the planting zone and connects to a platform that further extends to a path above the cliff, accessed by several flights of steps. The section with the highest elevation features a closed wooden box, which is also an aerial viewing platform where people can appreciate a captivating view of the cliff and the entire garden expanse.

Quarry No. 3 is bordered by the cliff on three sides and was designed as a delicate rock garden. The abandoned soil and gravel on site were utilized as the base of the garden’s subtle landform, with planting soil wrapping its surface. A moderately-sized terrace garden is designed near the main road, creating a unique desert plant landscape. The gentle-sloping section in the center consists of a dry garden, while the southern concave section showcases hygrophilous rock plants with water cascading into the lowest pond. Two platforms with different elevations are constructed at the edge of the concave area, where people can enjoy a charming view of the garden.

Quarry No. 4 is a large pond embraced by cliffs, with green and clear water. Viewing platforms sit on both northern and southern sides of the quarry. The northern platform is a Corten steel corridor located at the quarry’s edge, unraveling a long strip window towards the quarry, where visitors can feast their eyes on the steep cliff towering over 40 meters above the water surface. At the southern end of the corridor, people can enjoy an overlooking view of the charming pond situated beneath and the waterfront platform on the opposite side, offering a thrilling and exciting experience. On the southern side of the quarry, a wedge-shaped platform stretches out from a gap among the rocks. It hangs above the waters and connects to the lower waterfront platform through a curved bridge. Through an earthing-up process, vegetation was restored around the quarry as well as the gentle slope inside, which revives the quarry garden meanwhile highlights the steepness of cliffs.

Quarry No. 5 is the largest among the seven quarries, enclosed by a dilapidated cliff with terraced rocks sitting at the bottom. The quarry has transformed into a lake, caused by the continuously rising water level. Two areas with relatively shallow mining depths were earthed up above the water surface, and planted with trees such as pond cypress and Chinese cypress, creating an aquatic woods landscape. Bridges and walkways of varying heights crisscross above the water and through the woods, creating a connection with the hilltop view platform. A waterfall is designed on the opposite of the bridge, forming a scenery spot accordingly.

Quarry No. 6 was transformed into a romantic and gorgeous garden with a post-industrial atmosphere, utilizing sand production machines left onsite. Along the southern cliff are several terraces with various thicknesses of earthing soil, meeting the needs of various plants, from herbs to trees. Most of the leftover equipment was set in the verdant greens that contrast with the rusty machinery. The paths twist among the terraces of different heights and under the overhead conveyor belt. Wooden benches along the paths and platforms provide comfortable venues for rest and relaxation.

Quarry No. 7 comprises two small quarry pits located on two sides of a hill. Abandoned for years, a variety of native pioneer plants have grown out of cracks in the rocks, displaying a natural landscape. With only a few interventions, a ring-shaped walkway skirting the hillside between two pits and a small platform on the edge of the west pit is constructed. They afford visitors a wild view, which demonstrates natural forces and functions in the restoration of quarries. Both walkway and platform adopt steel grating that transmits light and water, preserving the natural vegetation on site.

An existing aqueduct runs across the site, transporting water from nearby spring to surrounding villages and farms. As a witness of the site’s agricultural history, it is well-preserved for irrigation water supply of the area, retaining its original function. Above the aqueduct is a pedestrian bridge that connects to the paths toward the adjacent quarry gardens, creating a unique three-dimensional tour system in this area. A 600m2 pavilion provides various tourist services such as sales, rest, shuttle bus ticketing, etc., and also showcases the history and eco-restoration processes and methods of the quarry gardens. With the design well-fitted with its original landform and landscape features, seven dilapidated and desolate quarries have undergone a fascinating transformation into a series of unique gardens. They demonstrate the promising possibilities and showcase to the public the diversified methods of quarry eco-restoration as well as the multiple dimensions of landscape art. 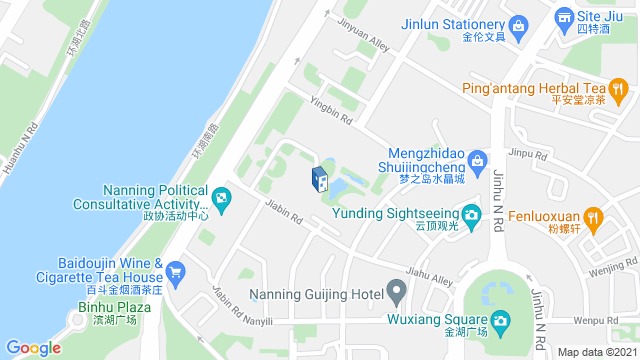