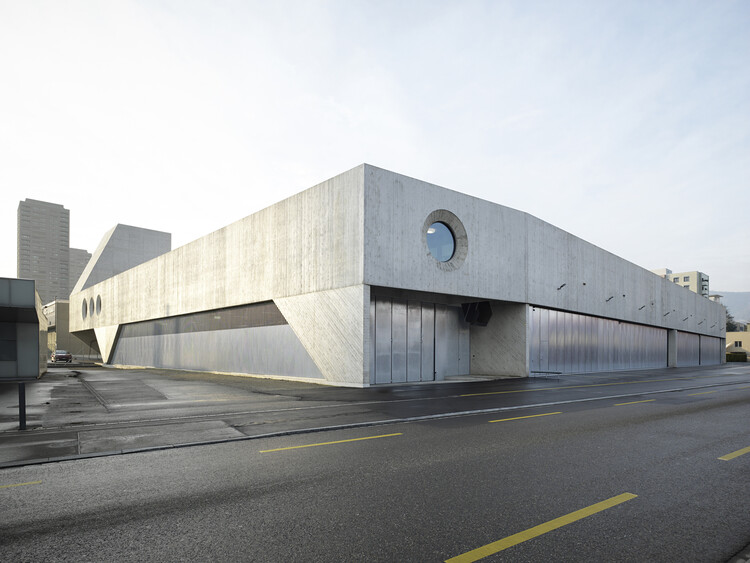 Text description provided by the architects. A simple, sculptural building forms the striking western end of the VBZ / ERZ facility in Hardau. In order to leave as much space as possible for the future development of the area, the interventions concentrate on the southern layer of the perimeter and thus on the alignment of the existing parking garage. By combining the salt silo and the trough system with the office wing, free space on Bullingerstrasse is created and traffic optimized.

Two open spaces create clear traffic areas and forecourts, retractable gates merge the hall and forecourt opposite the Letzigrund Stadium into a single functional area. The load-bearing in-situ concrete structure forms the shell of the new building and essentially determines its expression. The volumetric structure of the old building also shows the layout of the space in the new building: the VBZ parking hall has accordingly added a layer of space as an annex.

Its ground floor offers itself as a versatile maneuvering area, while on the upper floor, which extends like a bridge, staff rooms and offices of the ERZ-Werkhof are lined up along a narrow atrium. The salt silo is also integrated into the concrete structure, the tower-like structure of which is both a bracket and a cladding. The pillar-free roof of the bus garage is spanned with simple trusses made of rolled profiles.

Shear stiffened wooden elements form the roof surfaces, which are almost completely made available for the photovoltaic system. In the underground car park, a conventional flat ceiling with a balanced support grid is provided, while in the ERZ vehicle hall, however, a generous support grid is created with prestressed beams for the greatest possible flexibility of use. 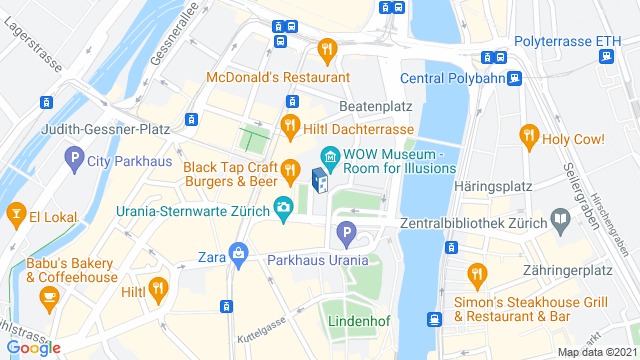 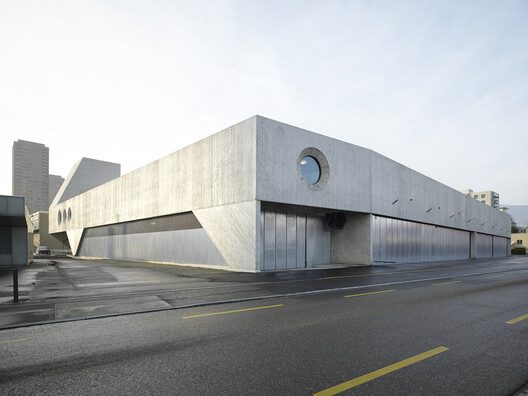