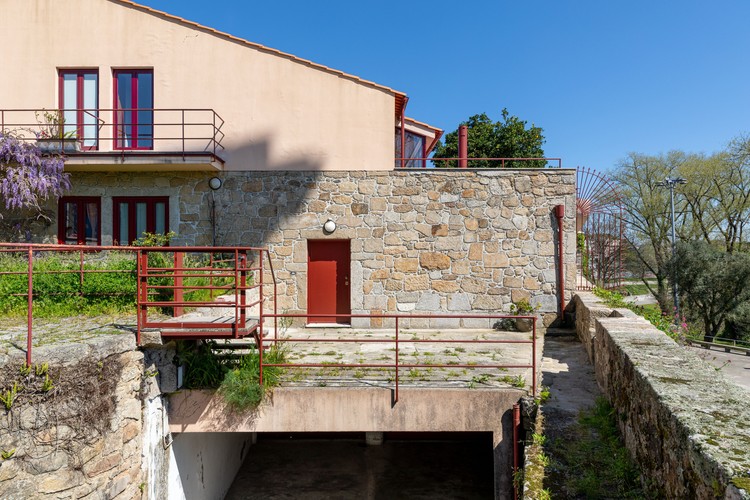 “Flat 116B” is the southern tip of a collective housing project, designed in the late 1980s by Adalberto Dias, facing the banks of the Cávado river.

Fitted in the heart of Barcelos, a small historical city in northern Portugal, the building is the result of an ingenious combination of volumes - animated by long balconies - and the sloping plan of its roof, which follows the topography to the southern limit of the property, an imposing granite wall.

This project seeks a balance between new assumptions (in response to the building’s natural aging and successive interventions that contributed to its decharacterization) and those of the original project. The design of the elevations was strictly respected and the original style book of the project was adopted inside the residence, regarding materials (wood and granite) and color (light tones and variations of red). A methodology based on 3 main axes was defined:

A parallel circuit is created, using precarious or removable elements, joining the exterior patio of the ground floor (recovered from the original project and which we found transformed into an interior compartment) and the roof terrace, where the chromatic range of rose and red is recreated. 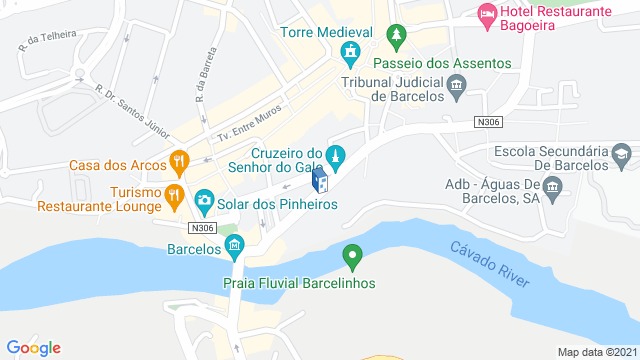