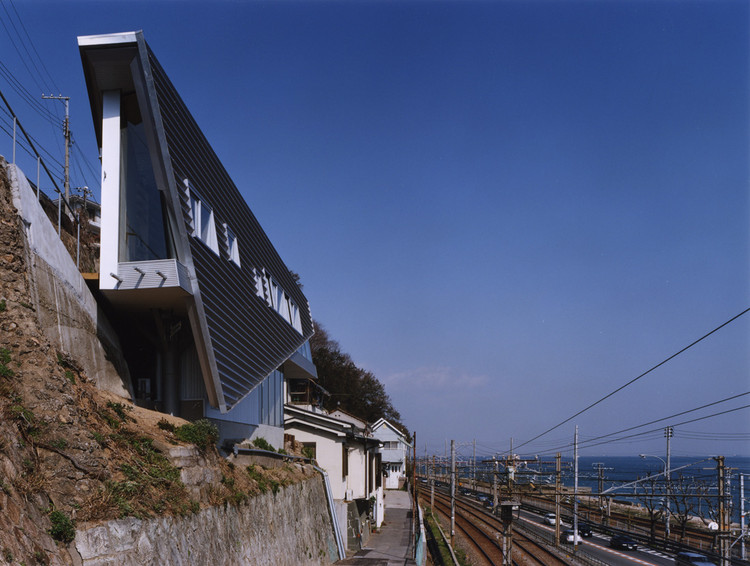 Text description provided by the architects. A small residence for a couple, clinging onto a steep inclination that faces Setonaikai(Inland Sea) and bordered by a Y-intersection at the base of a hill, in a relatively old residential zone developed in tiered platforms. Site has an elongated triangular form, 20m long east-west and 1.5m to 4.0m deep. A retaining wall of wedge shaped stones standing in the back, facing north. Height is difference between the ground and the northern approach range from 5m to 8m.

The main subject theme of this house has been about the archaic problem involving slopes and architecture. Maximizing the existing qualities that are the stone retaining wall in the back and the improved ground - that is, an extension of environmental attributes by means of reciprocal occupation between the slope and the architecture that is born when artificial elements are newly added. Such architectural additions consist of an artificial ground supported by a set of 5 piles and the roof and walls that enclose the space.

The development of roof/wall is a rectangular sheet of metal shingle board. It maintains the logical extensity pertaining to the slope and the triangular land by folding and tilting. States of liberation and closure created though the interaction with the slope define this house's spatial quality. 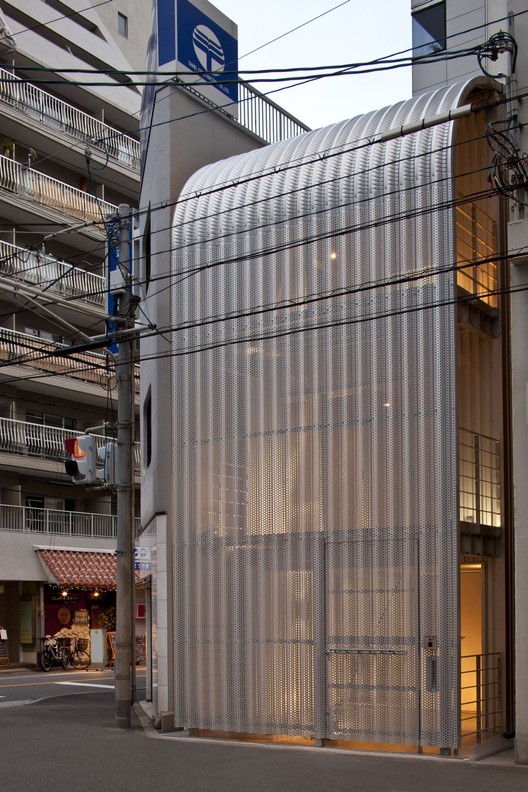