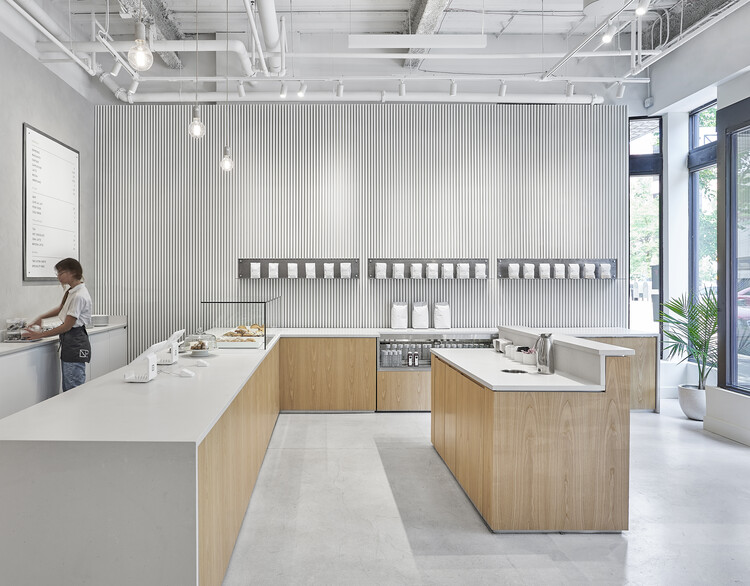 Text description provided by the architects. The Newport Coffee House is an interior build-out of an existing commercial space in the heart of downtown Evanston. The design process began with a casual conversation between the architect and the owner in a small café in Andersonville. Part of the discussion covered the elements required with making exceptional coffee. This inspired the notion of precision required in the laboratory setting which helped conceptualize the coffee bar- the focal point of the space. The lab concept also drove the organization of the equipment and the ash wood light rig which highlights and illuminates the work performed at the coffee bar. Pristine white Slayer espresso machines positioned symmetrically on the coffee bar reinforce the notion of a laboratory for coffee.

Secondly, the design team wanted to emphasize the Scandinavian heritage of the owners to counterbalance the sterility inherent with the laboratory concept. This was accomplished by referencing Scandinavian design precedent, primarily the tactile nature and treatment of surfaces by Alvar Alto. A painted wood vertical element was introduced to the space at the retail and café potion of the space. The painted wood vertical element was accomplished using tightly spaced full-length Poplar stair nosings.

Construction costs were kept in check by repurposing much of the layout left by the previous tenant, a restaurant specializing in beer and grilled cheese sandwiches. The preservation of the existing kitchen allowed Newport Coffee House to expand their service beyond coffee and provide food service specializing in Swedish cuisine.

As an interior build-out project, sustainability was addressed with the Newport Coffee House by minimizing the amount of debris injected into the waste stream during the demolition process. Efforts were made to repurpose as much of the previous build-out as possible. Much of the original floorplan remained intact, only six lineal feet of interior wall was moved.

The original suspended acoustical ceiling was removed but a new ceiling system was deliberately left out of the scope allowing the exposure of the floor system and building infrastructure above. The ceiling was painted white and used as a reflector for fourteen indirect LED lighting fixtures which provide general lighting for the entire café seating area. 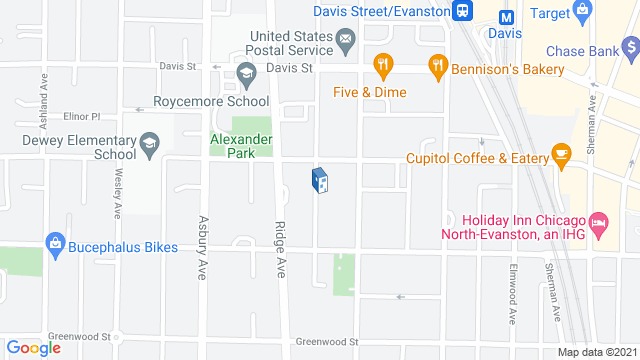