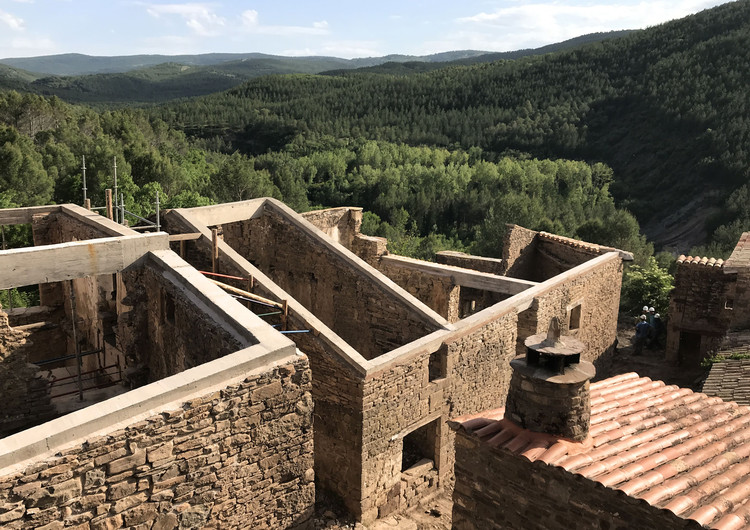 Text description provided by the architects. In the earliest 1960s, the inhabitants of the municipalities of Ruesta, Esco, and Tiermas had to abandon their houses, due to the construction of the Yesa reservoir. This special land, so close and so far, in turn, suffered a sudden depopulation that would cause a decline not only social but also patrimonial. Curiously, Ruesta, an almost unknown village, has really an important heritage, not only compound by buildings and landscapes, or the memories of the famous Spanish film “la Vaquilla”, shot in 1985 in its streets and in Sos del Rey Católico but more importantly, its crossed by the French line of the Camino de Santiago, an example of cultural richness and interchange.

The Ebro Hydrographic Confederation, which has owned the town since the expropriation of the 1960s (with the exception of the castle), cedes its use and maintenance to the CGT union. In 2017, accused of the serious risk of collapse of the houses that frame and border the Camino de Santiago, we were commissioned to project a Master Plan for the recovery of Ruesta, as well as a subsequent project to carry out the consolidation of the work in the first stage.

Today the works have already finished, and some of the houses in Centro St. are enabled as an unprecedented urban camping area next to the pilgrims' hostel. It is a use that arises derived from the Master Plan, which is foreseen as the most economical possible at present, which implies the structural consolidation, delays the death of houses, and disappearance of the urban fabric. A realistic alternative to abandonment phenomenon in the Emptied Spain.

Union means strength. View of Centro St. from pilgrim’s hostel. The structural consolidation is designed with all the buildings working in common, as an organism. Concrete beams compound an upper ring that avoids lateral movements, protects the top of the stone walls, and as a memorial draw a white line that defines, from the air, the design of the ancient village of Ruesta.

The intervention has been successful in meeting the main objectives, consolidating the houses and heritage to stop their ruin, making them accessible again. Today Ruesta can already be visited by former neighbors, visitors, and pilgrims. 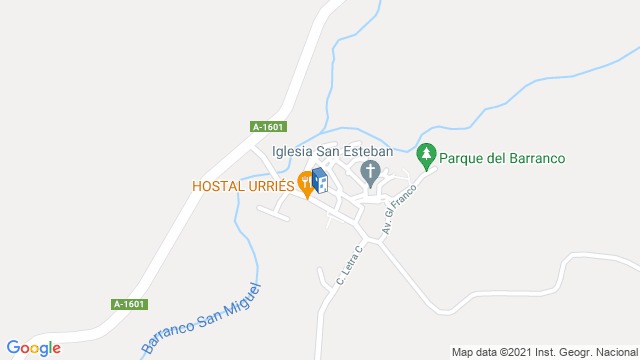 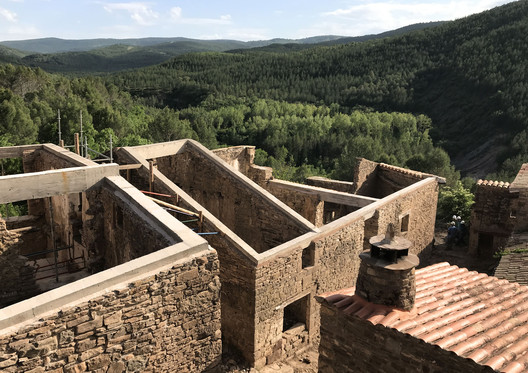