Save
Housing and Ateliers in Rue Polonceau / YUA studio d'architecture 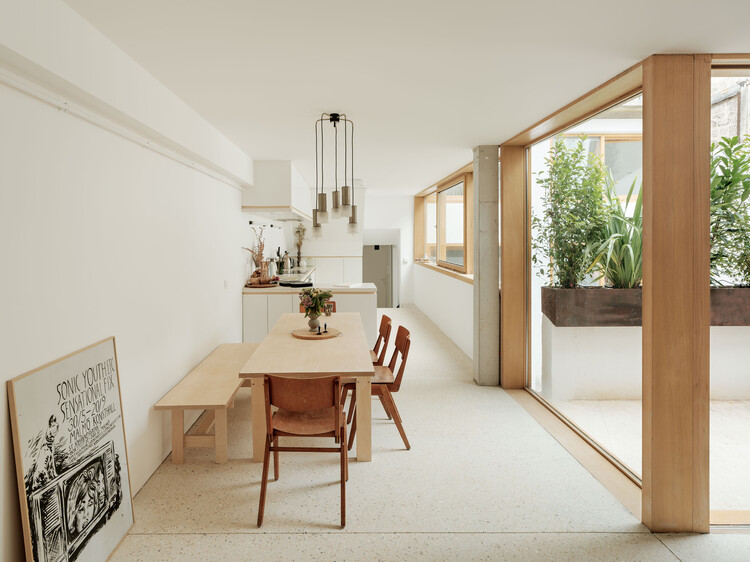 Text description provided by the architects. The project consists of the transformation of an ancient metal workshop in the ground floor and basement of a housing building in Paris into living units. The main goal was to find the right typologies to transform the lower parts of the building into pleasant housing and to densify a building by the bottom and not, like it is often the case, by the upper part.

To get this, the core of this area has been emptied to generate a void, a patio, which increases the possibility of openings, promotes social relations among their users, and the presence of greenery. Three living units, from which one includes an architectural office, are designed to take advantage of their specific position inside the building.

The first apartment takes profit of the lower level of the courtyard and its main living spaces are organized in U shape around it. Through high and large openings, the inhabitants benefit of luminosity and crossed views between each part of the apartment.

The architectural office, with an independent entrance, is placed in the upper level, connected by an open staircase which is, at the same time, leading to a rooftop terrace.

The second apartment is located between the street and the courtyard. Its design ensures the transparency between those two façades.

The third one is a multi-oriented, L shape plan unit, developed in several levels with two terraces taking benefit of long views towards inner block vegetation.

All the openings, views, and sections of the terraces are made to ensure maximum light and intimacy to each inhabitant.

The construction work has been developed in the very constraining site of the existing building. A puzzle has been generated to adapt the existing levels of the common staircase and the existing concrete structure with the constructive elements for the new apartments, improving the environmental impact of the project. New and existing structure cohabitates.

The materials of the project are presented in their raw aspects: oak, corten steel, birch plywood, concrete, and terrazzo are used on walls and floors. In some cases, those surfaces have continuity between interior and exterior spaces to erase their limits and to promote exterior livability linked with the presence of vegetation. 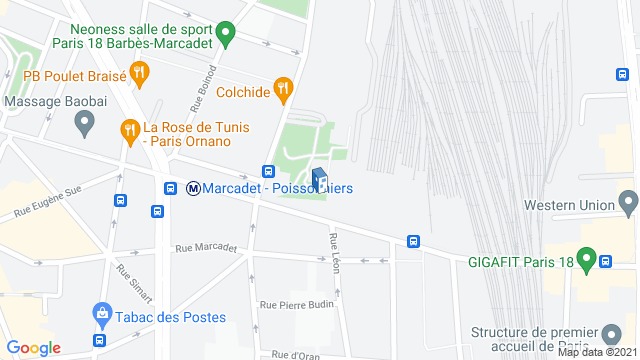 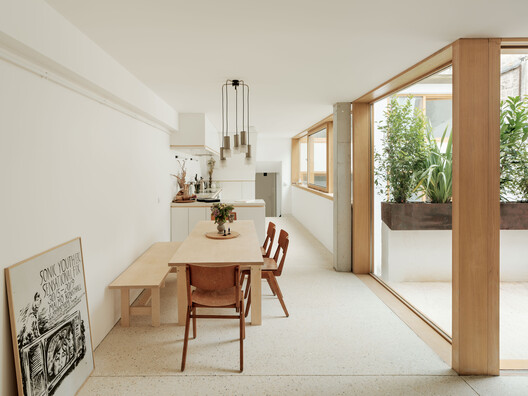