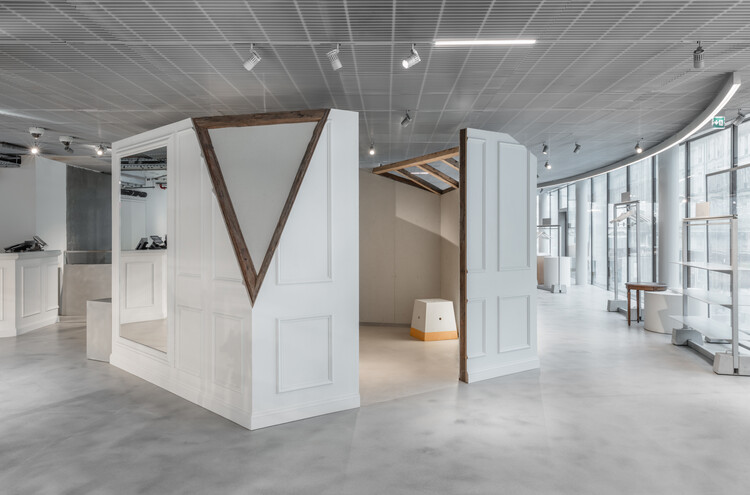 Text description provided by the architects. LVMH has commissioned ciguë to apply its vision to the new La Samaritaine department store, which is at last opening its doors after being closed for a long time. On 3 floors along the Rue de Rivoli, ciguë continues to fragment Parisian archetypes: a process already set in motion by Sanaa’s powerful undulating glass façade.

Casting of a colonne Morris (an iconic feature of Paris) set into the entrance gives a foretaste of what is to come; three Greek sculptures set around a rotunda are a nod to the nearby Louvre, while deckchairs recall the Tuileries or the Palais-Royal (except that here they are white). Part of a sloping Hausmann-era façade made of artificial stone situates La Samaritaine in an imaginary Paris . The process of deconstruction continues on the top floor, where plaster fragments of apartments are used as changing rooms.

Walls have been cut through to reveal roof frames whose recycled timber contrasts with the ultra-radical steel rivets, hooks, and handles designed by ciguë. Tables and chairs with missing legs seem to comfort themselves by leaning against blocks whose geometric shapes, contemporary materials, and beige-and-yellow colour scheme contrast sharply with these remnants of the past.

And yet behind this ‘organised wreck’ lies a meticulously designed layout that makes it possible to reconfigure the open-space retail areas at will, inviting brands to occupy them without disturbing the overall look and feel of the three floors interior-designed by ciguë. The racks, shelves, and tables are mobile, while the space seems to float in a city where fluidity reigns, inviting customers to wander around freely and to pause for a while at one of the Foodtrucks and cafés. As if echoing in reverse the busy activity on the floor below, a metal grid unifies the ceiling, its grey colour diffracting light deep into the building.

This is how ciguë interprets the spirit of La Samaritaine: as a flagship store in a city that is endlessly being recycled, and as a contemporary mirage revealing meaningful truth in fragments that have been stripped bare, reactivating the Homo Faber we all hold within us—and constantly evolving. 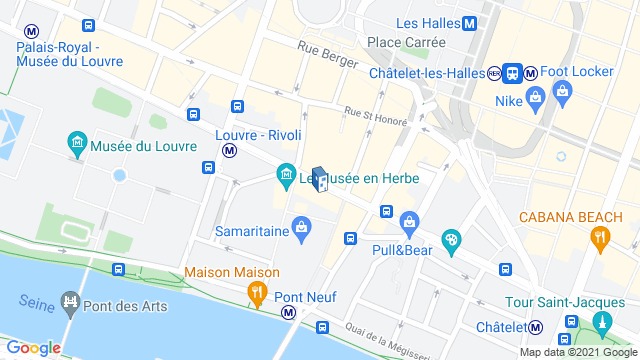