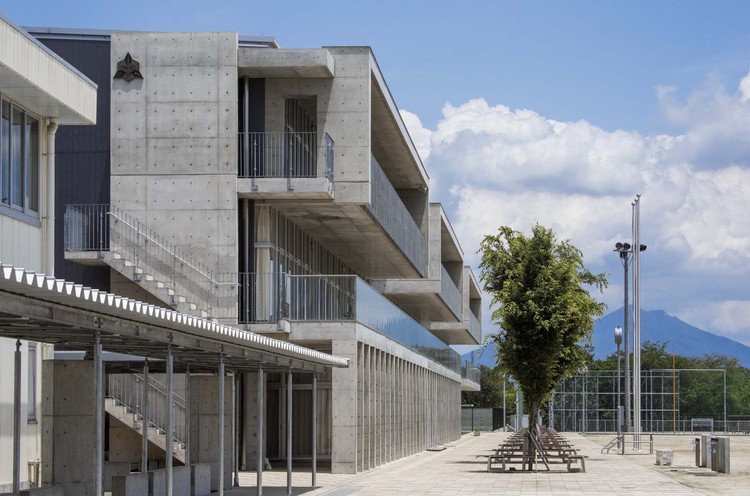 Text description provided by the architects. Conventional words like “heart of the region” suit this school well. As a school at the heart of the Shimotsuma municipal area, it is also the alma mater of many people who make up the core of locals in the city. Shimotsuma City is also characterized by the nearby Lake Sanuma and beyond that, the two peaks of Shihō Tsukuba (Mount Tsukuba) can be seen.

The school building was made into three layers in a straight line. The building is over 100 meters in length. The first layer is an annex with an imaginary boundary formed by thin pillars lined up at 1.8-meter intervals and the third layer is segmented into three protruding concrete masses.

The second layer was hollowed out to emphasize the straight line between the main entrance, Lake Sanuma, and Mount Tsukuba and create an axis.

An entrance was built under the gable on the west side of the school building facing the front road and a large folded-plate roof spans overhead. While it serves to welcome students every morning, its installation also integrates the existing gymnasium.

However, even now the large roof is hidden by the shadow of the gymnasium. But, the true value of the roof will become apparent once the gymnasium is gone. 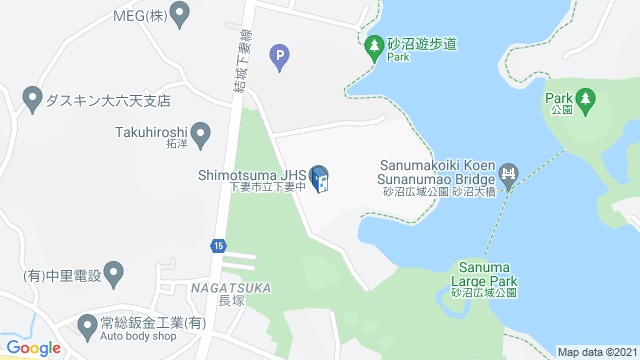 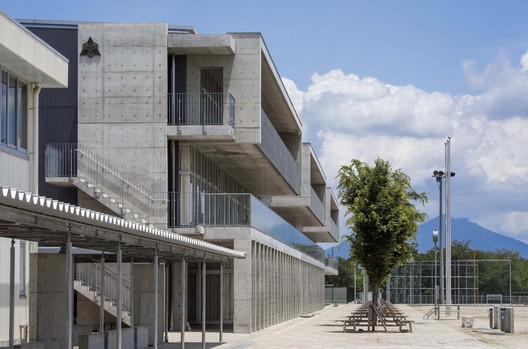