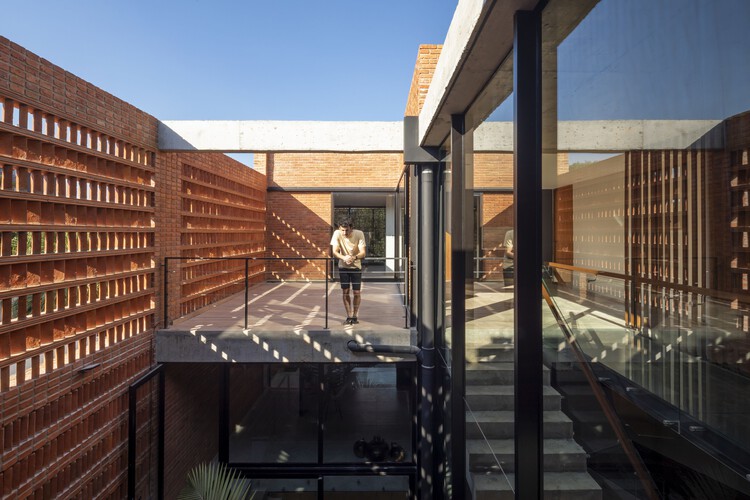 Text description provided by the architects. The name of the house responds to its modulation: three modules wide, three modules long and three modules tall. On the lateral space of the second middle volume, a garden takes center stage throughout the three floors of the house, showering the spaces with natural light. A perforated brick wall creates a show of lights and shadows on the boundary on the side. The connecting bridges on the top floor, same as the one that goes through the interior garden in the access, create a circulation meant for enjoying the greenery and natural light captured in the interior spaces.

The project is partially defined by its structure. Two pairs of vierendeel beams, one on the main facade and the other on the rear facade, creates a similar feel on both sides of the volume while allowing a 12-meter span that doesn't hamper the view. Especially in the main entrance, gaining a double-height space. The rest of the pillars, being made of metal, blend themselves along with the glass enclosure.

The social area and main entrance are located in a half-raised level, a piano nobile, that apart from giving the space more hierarchy, leaves the garage on an inferior plane, freeing the view and taking the focus from the cars.

To protect the interior spaces from sun exposure and prying eyes, a double skin, made of a metallic frame with takuara wood in between, acts as a thermal insulator while sieving the light that enters the private spaces (especially the bedrooms) in the house. Giving the concept of shadow a prominent role.

All the spaces on the ground floor are integrated, creating a fluid space, and allowing the inclusion of the interior with the garden, blending the parameters where one ends and the other begins. Especially with the pool that crosses through the side of the garden adding a splash of blue you can also notice from the main bedroom and terrace. After water comes to the fire that balances the deck area and turns it into a gathering space to enjoy the outdoors, its sounds, surroundings while breathing in the aroma of jasmines and a great Paraguayan asado on a Sunday afternoon. 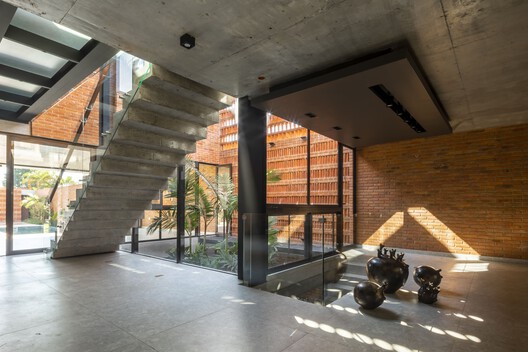 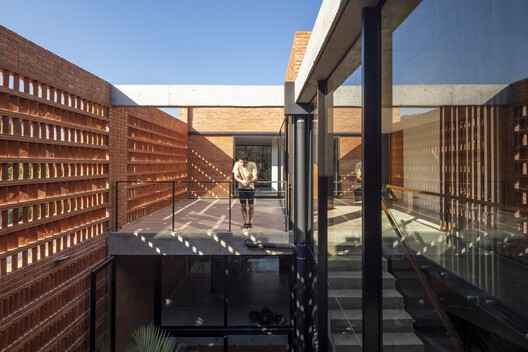