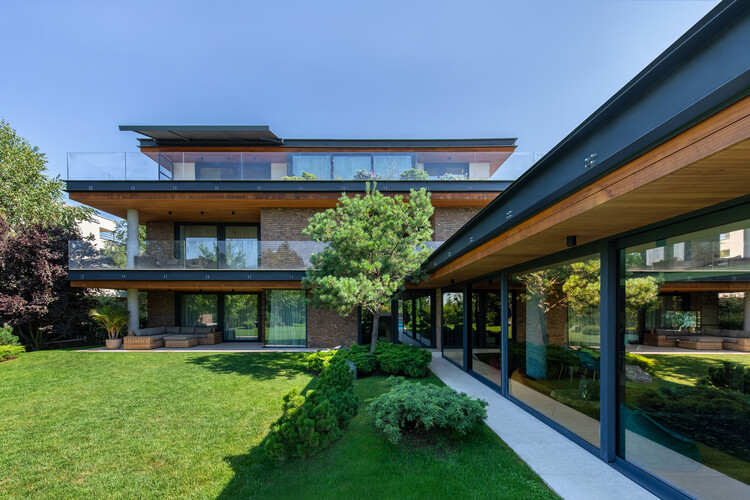 Text description provided by the architects. M house represents in our office a norm in practice discipline across all building stages and the crucial necessity of a good relationship with the client. Its story begins with an existing house, part of a characteristic residential complex of the early 2000s in our country, situated on the border between Voluntari City and Baneasa airport, and came with a clear task: extending and adapting it to the new owner's needs.

A negotiation between existing and proposal was made without lingering: the old gave in for the new, given the fact that it was lacking any valuable architectural elements and it had windows predominantly facing north.

In what concerns the volume, the original building keeps its proportion but surrenders from its mass to terraces and green spaces – this becomes the leading gesture structuring everything after it, and turns the house-with-garden into the garden-with-house. The facades reveal a continuous metallic profile following the slabs enforcing on a formal level the horizontality of the building and the new extension, embracing the last and becoming a coherent homogeneous whole, discarding the "before" image and leaving behind only the "now". The secondary volume's direction gains strength through its continuity reversing the above-beyond ratio with a pool.

Subordinate to green space also stands materiality, pretending a picturesque air: the wood and brick remind us of the fireplace gatherings, the vegetation promenades our thoughts through our grandparent's garden and the black metal brings us back to contemporary space. The holistic approach of the proposal also determines an interior design direction in the same sphere, so that the large glazed surface from the first floor becomes a frail filter, it dissolves and allows the exterior and interior space to be perceived as an uninterrupted whole. The particular positioning so near the airplane's runway implies a rigorous attention to technical details that transcribe into matte materials, windows with three layers of glass that together with thick walls have an increased noise resistance. 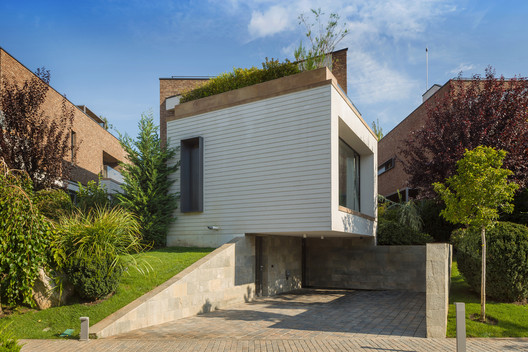