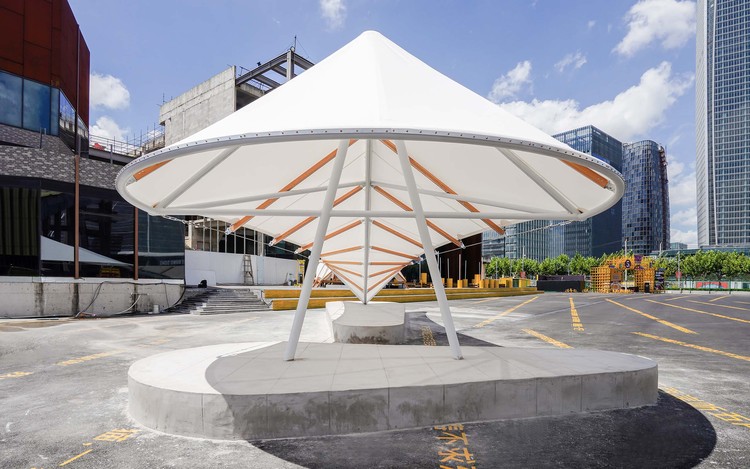 Text description provided by the architects. The " Kite Pavilion" is located in the West Bunk Dome Art Center Square on the Xuhui Riverfront in Shanghai. This area was formerly the Shanghai Cement Plant in the 1920s. The dome and the conveyor belt were preserved as an industrial site and reactivated as a carrier for contemporary art and public events. As various events take place at the Dome Art Center, the square will be filled with crowds of people, creating a vibrant riverfront public space in Shanghai that gives a sense of open place. Dean Li Xiangning of the College of Architecture and Urban Planning at Tongji University planned the West Bund& Tongji Construction Festival here, and the Kite Pavilion is one of the three Pavilions.

Places and Concept
At the beginning of the design, the task was to design pavilions for people to rest around the square, with an area of less than 100 m². The most important proposition was how to identify the small pavilions in a large and open space and how to create a rich spatial perception with the intervention of the human body. Therefore, the "long volume of pavilion" with a larger surface for the same area became the starting point for the whole project.

Capturing the characteristics of the riverfront site, the design adopts the intention of a kite flying in the wind to create a light perception. Its linear form maximizes the extension interface, providing the possibility for various behaviors such as staying, resting, and crossing freely. The roof of the kite pavilion is curved by folding the straight lines along the central axis, forming a dome on one end and a pair of wing-shape on the other. At night, the volume turns into a fish-bone-shaped luminous body, which illuminates the site like a suspended lantern. The "kite pavilion" becomes a playful urban landscape, stimulating people's imagination and their natural desire to interact with it.

The design relates the pavilion to the square through the operations of "Frontality and Objecthood". The pavilion is located at the edge of the square formed by the industrial heritage, surrounded by buildings and walls, which means that only one main side is experienced by most people. The long side of the pavilion is thus oriented towards the square, allowing the horizontal eave to be seen as well as the convex and concave sides of the pavilion, both inside and outside. The design intended the kite pavilion to be an easily recognizable public exhibit on the site, inviting people to come and sit. The specific landing point of the pavilion was finally chosen in the northeast corner of the site, in the gap between the building and the fence. The seats of the pavilion are divided into two parts, leaving the circulation from the square to the public restroom. When people approach, they can see the distant sky through the space squeezed by the benches and the roof, which amplifies the rare perception of "emptiness and transparency" on the edge of the site.

Structure and Construction
The form formed by external relations and physical perception is implemented by grinding with the structure, and the hybrid structure of steel, wood, and membrane are jointly stressed to achieve a simple result. The roof consists of a membrane, side cables, and wooden braces, which are protected against strong winds on the riverside by an elastic tensioning system. Herringbone bracing and central diagonal bracing are the main supporting structures, forming three drop points. The semi-conical overhangs and triangular trusses form the rigid supports at the ends of the roof structure, which are painted white to fade into the roof. The end of the volume falls on top of the seating bench in the form of a point joint, triggering the illusion of perceived lightness and instability.

The repetitiveness of the components and the simplicity of the joint detail were the foundamental reason for the rapid construction of the Kite Pavilion in six days. The main structure of the kite pavilion can be divided into three types: round steel pipes, glued wooden poles, and steel cables. Tensioning the steel cables was the final step in the construction of the main structure, and the flexibility of the cables absorbed the construction errors of the steel and wood poles. The design intentionally arranges the concealment and protrusion of the construction nodes, with two cables on the long side of the volume. The membrane cable crosses the hole in the ear plate against the top and is wrapped in the membrane to fix its edge form. The side cords are connected to the end of the wooden pole by the ear plate to fix the pole and tie the whole structure, and the gap between it and the membrane makes the side cords exposed, thus increasing the slimness and lightness of the edge of the form. 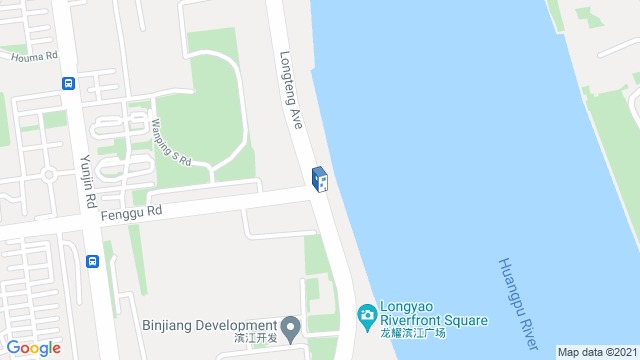 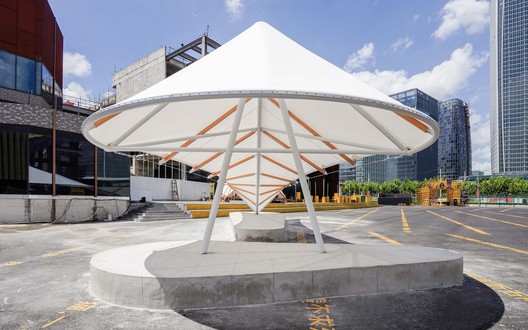