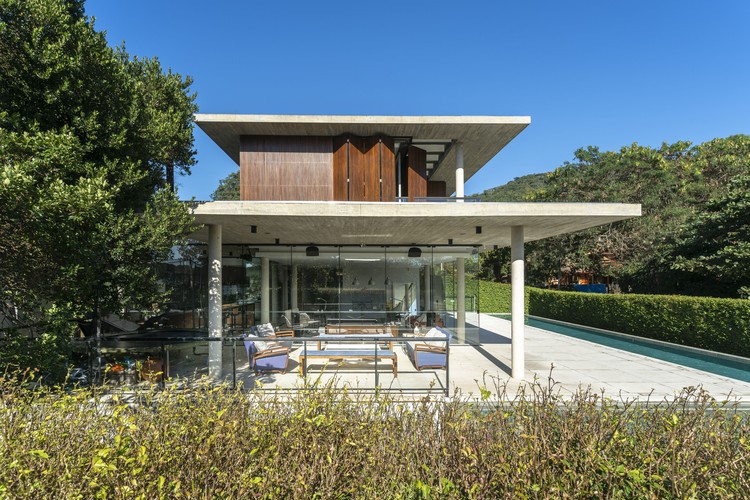 Text description provided by the architects. In the project of Casa Porto da Lagoa we used a linear architecture, with large spaces on the ground floor and lots of light, as the clients wanted.

In this project, our premise was to value these integration spaces. For this, we designed the first floor with large lateral structures all in glass, which allowed greater integration of the external environment with the living areas, such as the living room, living room, and kitchen.

On the upper floor, which accommodated the rooms and private spaces, we used a shading system that helped with the mild luminosity of the rooms and integrated the linearity of the façade. The use of this shading system also allowed several configurations on the layout of the facades, which alternated according to the opening angle.

The area also had upper access, where we created a home office environment and also a meditation room, with greater privacy. Also thinking about the privacy of the family, the project relied on the use of vegetation that surrounded the perimeter of the house and also dialogued with the space in which the house was located. At Casa Porto da Lagoa, we diversified the use of materials, such as wood, stones, and metals, which highlighted the modern aspect of this project. 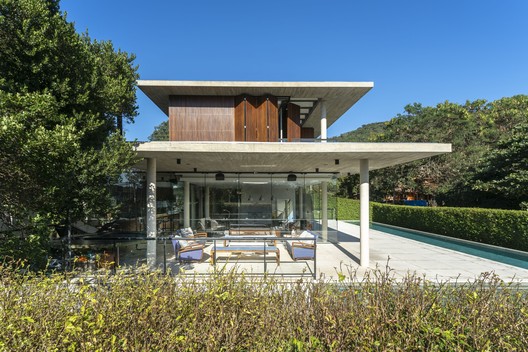