Kengo Kuma's EDA office building revitalizes an abandoned site in Paris, creating a new urban landmark and signalling the renewal of the Issy-les-Moulineaux neighbourhood. Through its horizontality, the large scale project sitting at the confluence of three traffic rouets mediates the urban discontinuities of the surroundings while reflecting the context's dynamic of movement and flows. Defined as "a dense network of tree-lined terraces and hanging gardens", the design features a wood structure and a double-skin façade whose sunscreen elements create the architectural image. 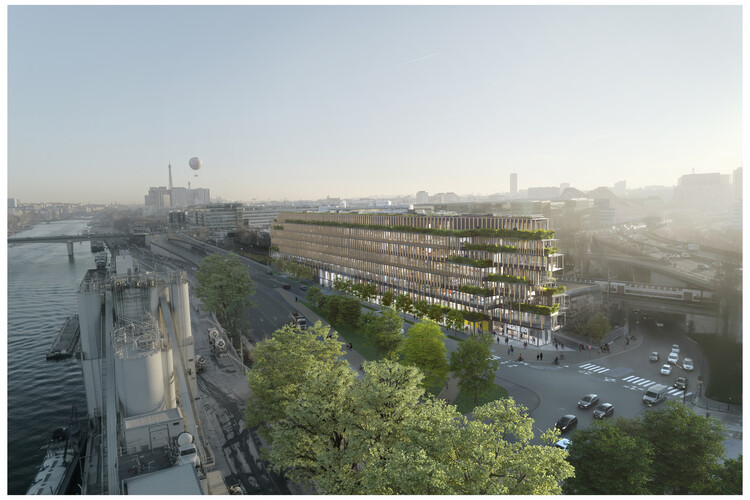 Dubbed EDA, which stands for "Expérience d'Avant-Garde" and meaning "branch" in Japanese, the design is an assembly of volumetric strips that create a dialogue with the surroundings. Unfolding across seven floors and five underground levels, the project features a wood structure representing around 70% of the raw materials used in the design.The façade and its vertical louvres reflect the dynamic of the site, while also creating a gradation of light and trasarency within the building, Moreover this double-skin facade provides a protective filter against acoustic pollution.

The ground and first floor feature services and more public functions, while the upper level contain flexible office spaces. The underground levels contain technical spaces, parking, as well as a space for stormwater overflow. The green spaces extend beyond the terraces to the surroundings, creating a substantial addition of vegetation in the area. The project is currently in development and is set to break ground in 2022. 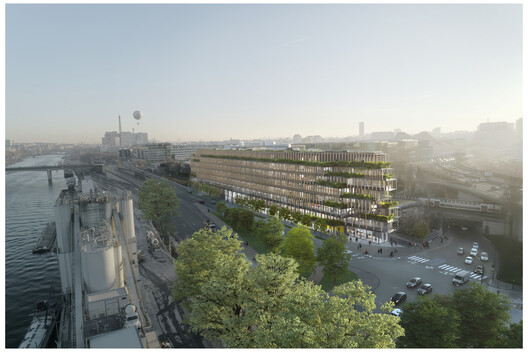