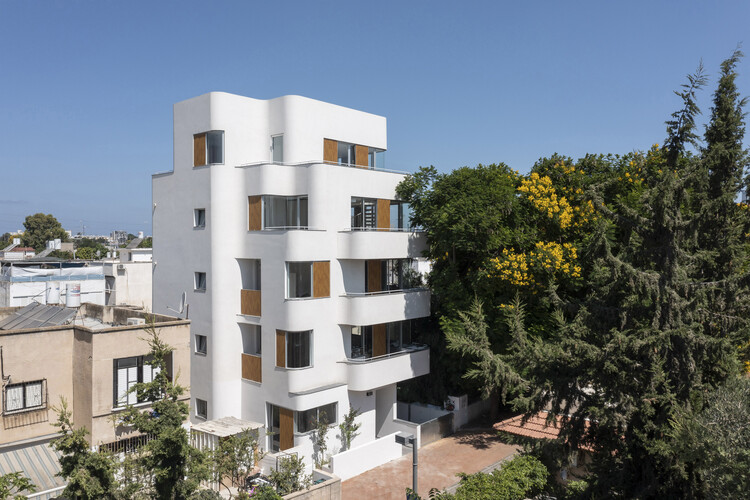 Text description provided by the architects. The project is located in the Ezra neighborhood in southeast Tel Aviv and is one of the first projects to be built according to a new urban renewal program aimed to preserve the neighborhood's fabric and characteristics.

The neighborhood was founded by Jews from Arab countries before the state's establishment, played an important role in the Independence war, and grew larger in the 50s and 60s when new immigrants moved in from the transit camps.

Ezra neighborhood has long been thought of as the city's backyard. With its narrow unpaved paths, absence of schools, kindergartens, or even drainage infrastructure, the image of a disinvested, disadvantaged place of the low-income population, has stuck on it for years. It had suffered recurring floods each winter when the Ayalon river overflowed, and on the first night of the Gulf war, it had been hit by the first Scud missile to hit Israel, which caused massive destruction to property and lives.

The scud hit initiated an expedited rehabilitation process, which later led to a program to dismantle the existing "mooshas" (jointly owned plots) and create new plots, as individually owned as possible.

Nowadays it is easy to detect the quiet neighborhood's potential and charm, with its access to public transportation and proximity to a vast green lung – Park Darom and the Sportech south park. In the many conversations I had with the residents during the planning and building process, they told me that over the years they have consistently refused developers' offers to buy lands and build towers, and we planned the project with that thought in mind, aiming to preserve this neighborhood's identity, uniqueness, and intimacy.

Studying this unique place and trying to make a difference, as minor as it may be, we asked ourselves how to connect it to Tel Aviv, how to pull the center to the outskirts. The idea was to bring typical Tel Avivian characteristics – modern white "Bauhaus" architecture – into the scale, texture, and special human climate of Ezra neighborhood.

The project has 4 units of 90 sqm on average: a garden duplex with a yard, 2 apartments and a roof duplex, a basement with technical areas, and a dug-in parking system.

In Ezra, a major part of life happens in the street, therefore opening the apartments' public areas and connecting them to the public space had been an important part of the process. To that end, we incorporated a curving white plaster envelope, internal metal columns, and external sliding shades with hidden tracks. This combination – in an attempt to maintain an integral unity of the various building components and a balance between the in and the out – is the thing that defines Tel Avivian style without harming the authenticity of the neighborhood's texture. 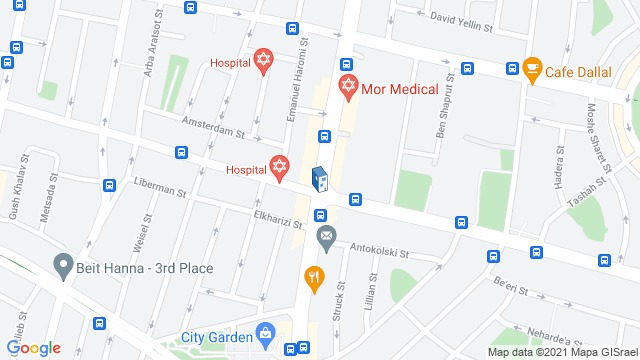 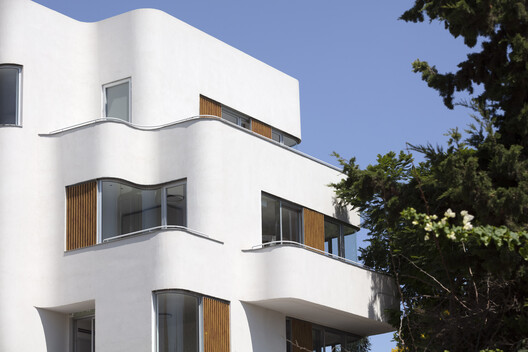 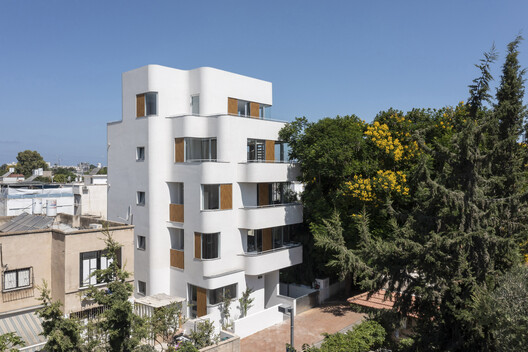