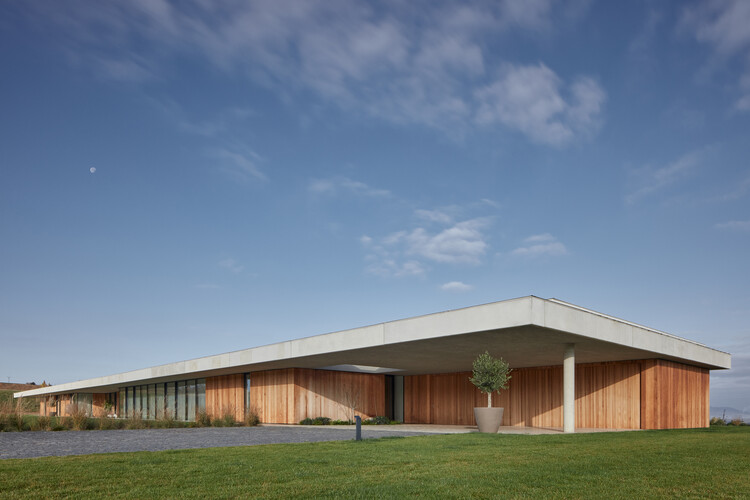 Text description provided by the architects. The site formerly housed an old brick factory complex. Flying above the location in a helicopter, the owner became fascinated by the site and immediately bought it. Initially, a small architectural design competition was held between three competing architects. Having won the competition the project was moved forward, and our studio proposed a design whose principal idea lay in utilizing the house’s openings to provide views of the individual peaks of the Czech Bohemian Uplands. The central corridor of the house offers views to both Mount Říp and the ruins of the gothic Hazmburk castle; the dining room and kitchen provide a panoramic view of the whole Czech Bohemian Uplands.

The investor requested a residential complex for the whole family, including a building for the property caretaker. Apart from the villa, the brief included a vineyard with a cellar for grape processing, a sports ground, stables, and a hangar for a helicopter. As for the original factory building, only the chimney was preserved. It was then dismantled, and the bricks were used for the wine cellar construction.

Set on the former industrial site, the trapezoidal plot lying on a promontory above the Malá Ohře River stretches between an access road for the towns Kostelec nad Ohří and Poplze in the south, fields to the west, a slope above the Ohře River to the north and a neighboring property in the east. The fundamental concept of the design was the inconspicuous character of the whole complex when observed from a distance, but also its dispositional and, above all, functional simplicity. These principles led to a solution featuring several horizontal masses.

Individual buildings are nestled on the plot in a logical layout – the property caretaker’s house is located near the entrance to the complex; the villa sits on the edge of the slope with views of the Czech Bohemian Uplands while standing on the leeward side of the terrain. Apart from these buildings, there is also the vineyard on the south slope, the wine cellar, tennis courts, the outdoor horse-riding area, and the heliport.

As shown in the photo set, a monolithic single-story volume forms the villa itself, featuring carefully chosen stone and wood surfaces. The design puts emphasis on a simple and clean interior, closely connecting indoor and outdoor space while respecting the context and the client’s wishes. The volume is defined by two prominent concrete slabs, forming the floor and the ceiling, and then functionally divided into five sections, each with a covered terrace. From the outside, the terraces rhythmically divide the silhouette of the house into smaller segments. All rooms with glazed walls offer views of the surrounding landscape. The design of the roof garden also received special attention in order to improve the bird’s eye view of the villa, for example when arriving by helicopter. 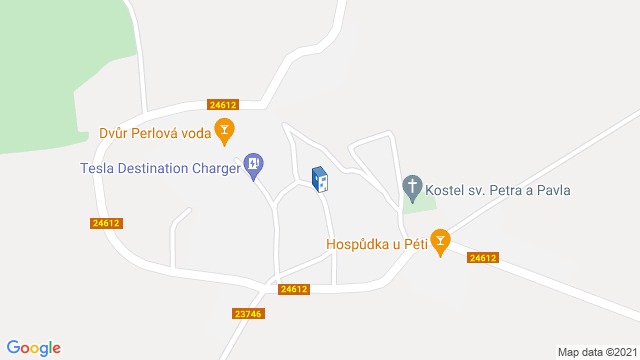