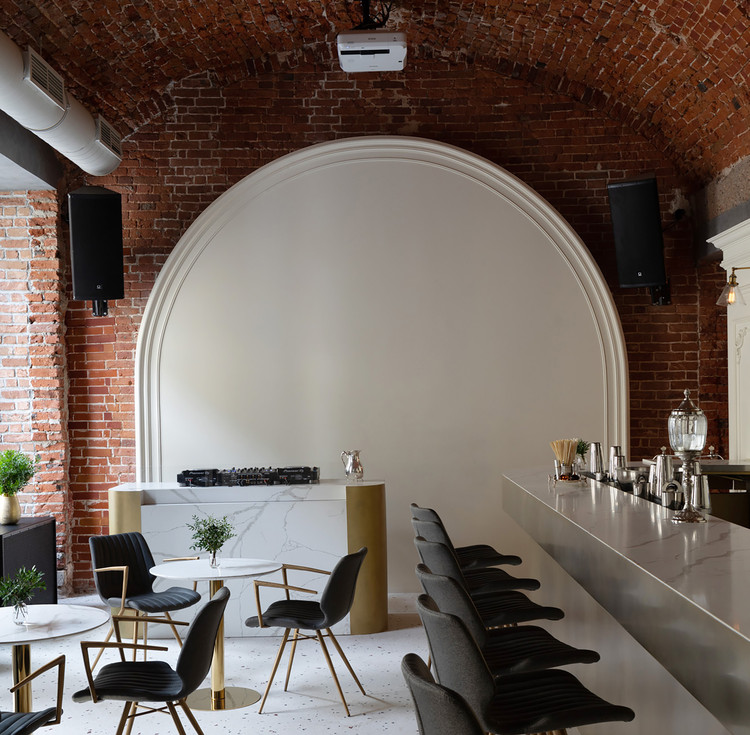 Text description provided by the architects. We were lucky to design the interior of a unique historic building. House of Count Orlov, late 18th century, architect M.F. Kazakov, built in 1880 - this is not just a story, in our case these are load-bearing walls a meter thick and vaulted ceilings made of ancient tsarist bricks. The philosophy of space has developed by itself - to preserve and embellish.

The load-bearing walls determined the zoning of the first floor - the main hall, an additional hall, a VIP hall (with a separate entrance), bathrooms, a small dressing room, a staircase to the basement.

The basement is divided by a narrow and long corridor into two parts, one of them is the kitchen, with all the auxiliary premises for it, including the bathrooms, the placement of which in the basement was problematic. The second part of the basement is the dressing rooms, the slave room and the manager's office.

Against the background of red brick, accents appeared - a golden bar, a DJ's counter, sofa groups. The bar symbol, a bell, appears behind the DJ seat. This is a screen for projecting mapping that repeats the beat of the music in sync.

The necessary sound parameters in the party room were adjusted - an installation appeared under the ceiling, symbolizing the sound wave. 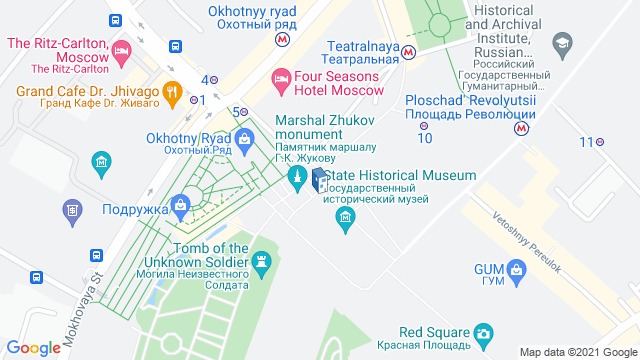