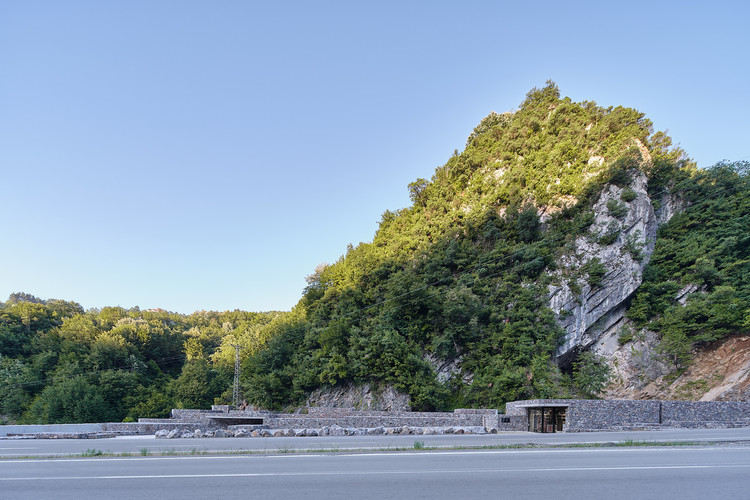 Text description provided by the architects. Zonguldak has geography with a wide spectrum in terms of the number of caves discovered and the cave features that emerged during the formative phases of the caves. The network of caves spread throughout the town offers a variety of travel options for local and foreign tourists, explorers, cave sportsmen. Zonguldak Caves Visitor Center aims to make this important potential accessible and visible.

Gokgol Cave is located on the eastern slope of Ercek Stream, 5 km southeast of Zonguldak. Gokgol cave is one of the important caves in Zonguldak and Turkey that can be visited with its formations of stalactites, stalagmites, columns, flags, and curtains in various colors, textures, and sizes. Gokgol Cave, which has become more accessible with the opening of the Zonguldak-Ankara highway passing through its south, aims to provide a better experience to its visitors with the potential of more interest than it has encountered or may encounter in the future.

With the visitor center structure built, it is aimed to provide an advanced narrative, information, and guidance for other caves waiting to be discovered in Zonguldak geography. With the Zonguldak Caves Visitor Center, from the early stages of the design process, we aimed to establish a direct and one-off site-specific relationship as much as possible with the front of the Gokgol Cave and its immediate surroundings. Visitor center's architectural approach; is to establish a consistent architectural language that can exist without competing with the surprising existence of the piece of nature that has taken its current form after millions of years of natural formation processes.

This design idea can be read like installing a kind of camouflage structure. However, this hidden structure, which sits in front of it at the mouth of the cave, does not choose to hide its existence completely. We can describe this attitude as clinging softly towards the slopes of the mountain and the cave by showing its presence. This is a more secretive attitude, whose upper surface reads like a landscape that has come from the foothills of a mountain, and turns its inner orientation towards a courtyard, a cut, which is clamped against the rocks of the mountain.

On the other hand, it can also be read as a continuity design in which a pedestrian movement line continuing through the cave is connected to the skirts of the mountain and transferred from the visitor center to outer space.

We hope that we have prepared the spatial infrastructure that will prepare the visitors emotionally for the idea that they will come into direct contact with a 3 million-year-old cave, with the spaces it will host after the building is opened, and the narratives that will create the content of these spaces. 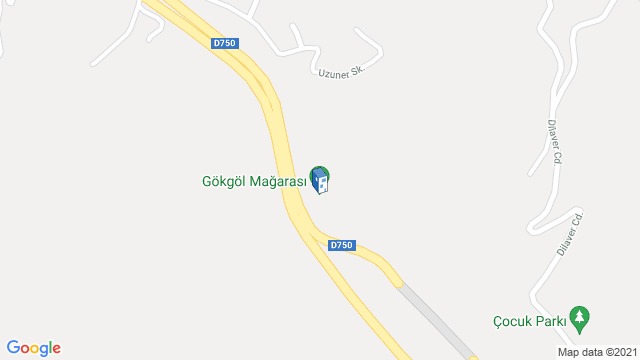 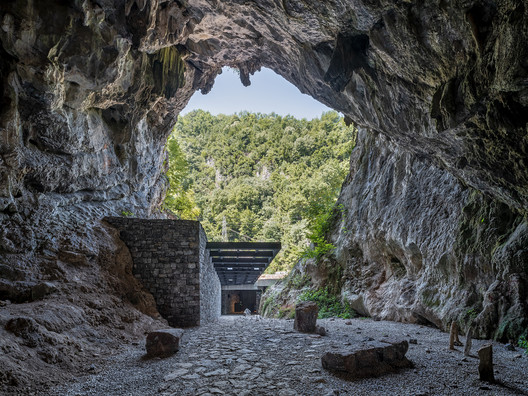 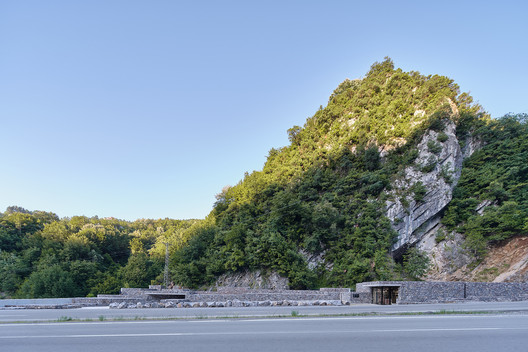