Save
Osulloc Sullochyangsil House / One O One Architects 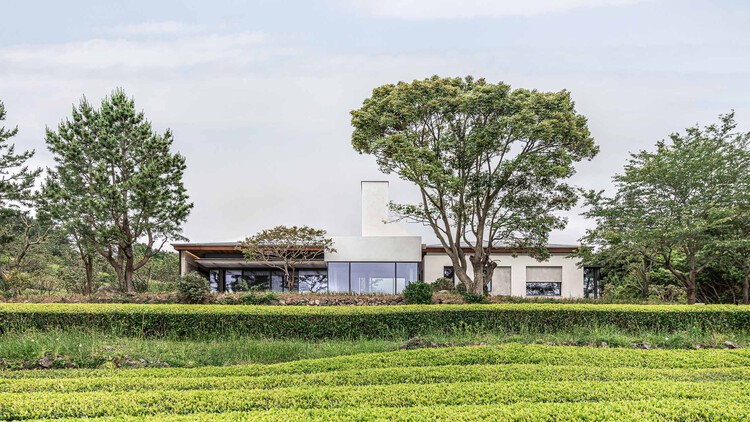 Text description provided by the architects. Osulloc’s tea house “Sullochyangsil” is located the southwest of Jejudo. Jejudo is the largest island in Korea located at the southern tip of the Korean Peninsula and has unique characteristics that distinguish it from other regions of Korea. This project is the renovation of two old houses(constructed in 1980) in the middle of tea fields managed by Osullocfarm. One O One Architects added a new volume of gable roofs between the two houses.

The existing houses are maintained, but the sizes of the windows were adjusted according to the nature of the inner space and the view from the inside. In order to make a window smaller than the existing window, when creating a new wall, it should be distinguished from the existing wall. Creating a balance between the interior space and the landscape seen there, and clearly distinguishing the existing structures and materials from the new additions are common features found in the work of One O One Architects.

Although there are differences by season, Jejudo is basically very humid and windy. The canopy on the front of the building facing the south was made to block the strong sunlight and frequent rain here. Because there is a canopy, there is no need to draw a curtain inside the interior, so you can see the scenery of the tea field from the inside regardless of the season or weather. 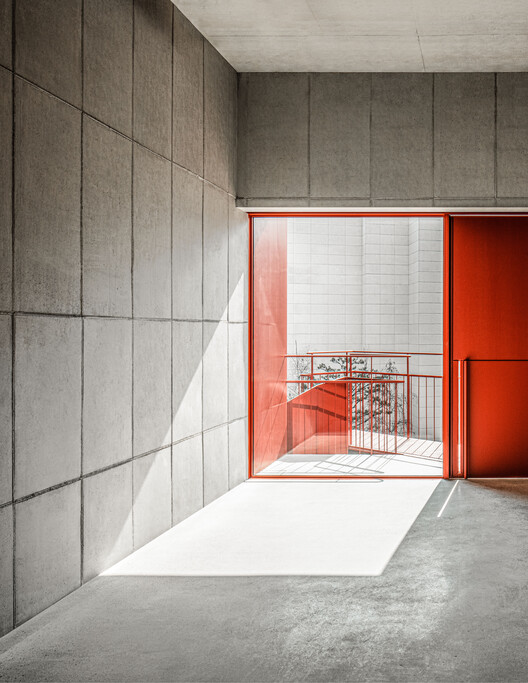