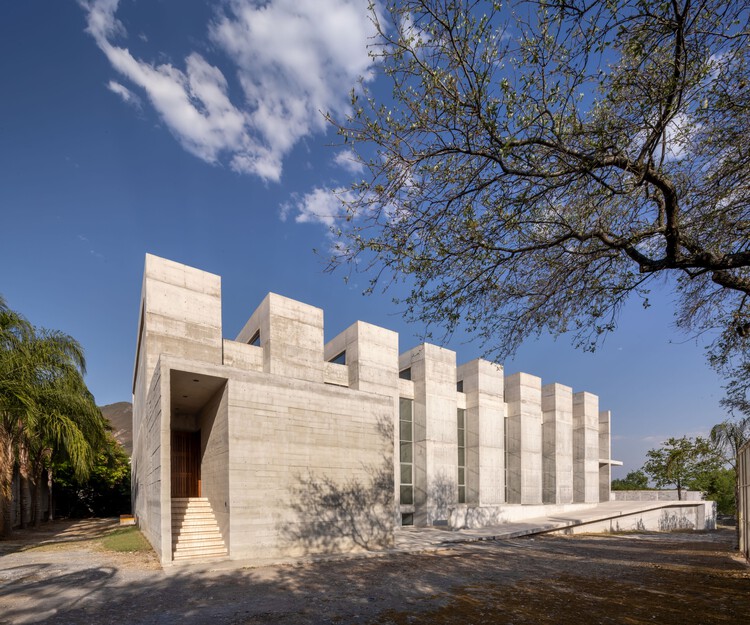 Text description provided by the architects. The chapel Fuego Nuevo is conceived as a space where natural light is an essential part of the architecture. The structure works as a unity of the columns, walls, beams and slabs. They remain as bare and heavy elements and are constantly repeated generating a rhythm of solids and voids that allow natural light to play its role as a protagonist. We were commissioned to develop a project for a church with very specific needs for the congregation lead by the priests. When the project was presented to the community it was very well received. Many of the church's resources have come from donations from parishioners and some foundations, so we also aimed to work with low-maintenance materials that could age with dignity.

The temple is located on a lot of ​​approximately 3,200 m2. The lot has an irregular shape and its northern part is connected with the ecclesiastical house. It has a slight unevenness to the south and its largest front faces an avenue that is connected to most of the housing developments in the area. The project has 1,265 m2 of construction on three levels. A semi-basement that has a multipurpose room, an inter-axis of services and vertical circulations, and the most intimate space of the church where the ossuaries are located. The latter is a space where natural light does not enter. It was designed as a space where users could have a moment with their most loved ones who are no longer with us. The ground floor level is the space of the main nave with a capacity for approximately 360 parishioners, this space is reached from the north by means of a ramp that runs through a large part of the facade that faces the street and defines the basement of the temple, it also functions as a walkway that shows the rhythm of the facade until one reaches the main esplanade. Here, an evergreen oak was planted that was donated by the community. It can be accessed from the street by the main staircase that surrounds the oak and is embraced by the volume that protrudes from the basement and the oak planter. The main access is on this esplanade, it has a completely closed facade with the framed main access door.

A low height of the exterior overhang extends to the edge of the mezzanine (where the choir is located), forming a cross on the facade in a very subtle way. Passing the mezzanine, the space in double height with chiaroscuro dominates the visuals with the presbytery and altar in the background, formed by two blocks of black Monterrey marble that function as the altar table and the ambo. The altarpiece in the background, as well as the furniture and carpentry, were designed in collaboration with Alfredo Zertuche, who also built them. They too were designed with black Monterrey marble and walnut wood. The materials that make up the church's palette have a special meaning in shaping the general concept since most of them are part of Nuevo León's industrial legacy. The concrete that is the solid base of the building, the glass that allows natural light to function as part of the architecture, the natural wood, the travertine marble in all the floors, selected from Puebla, and the blocks of black Monterrey marble, which were extracted and selected from the quarry located on the Cerro del Topo Chico, in San Nicolas. 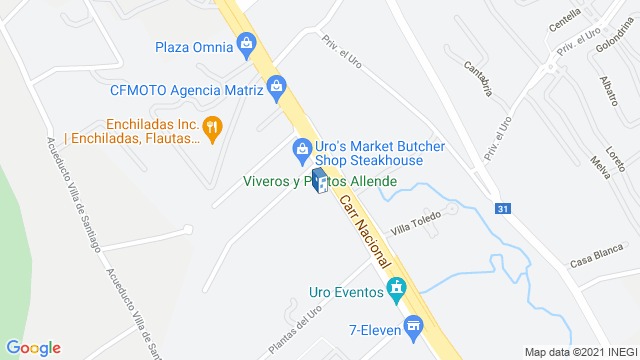 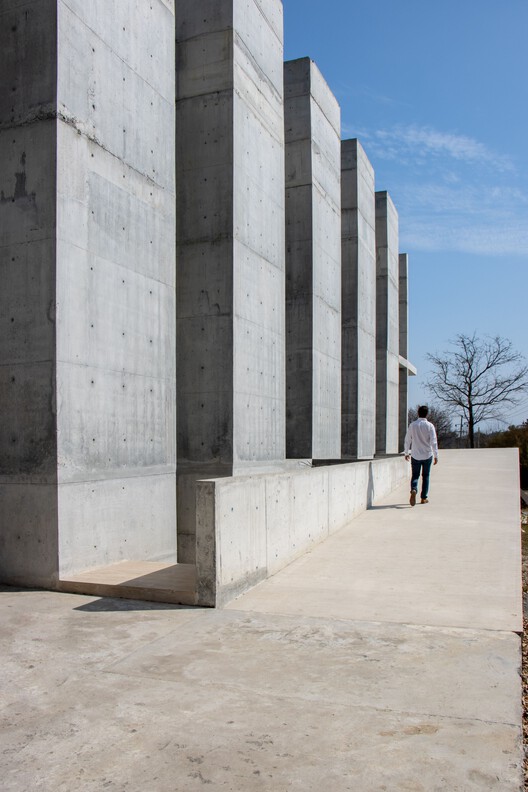 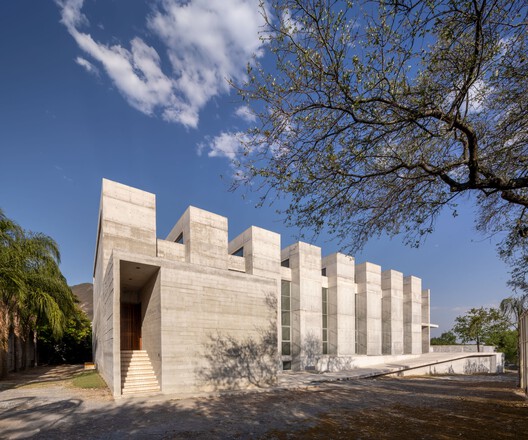