From vehicle-centric to people-centric - The “Gangil 119 Fire station” is a new fire station located in the Gangil area, a newly developed area following the Seoul Metropolitan City(SMC)’s urban design district plan at the southeastern periphery of the city. We approached the design by focusing on the question of what role the fire station should play in contemporary times. After studying existing fire stations built in Seoul under the same building regulations and programs, we proposed a fire station that focuses on the quality of firefighters’ working and living conditions. During the last several decades, it is dominant in the design process for fire stations that a garage to contain a large volume of fire engines becomes the center of the design compositions, thus spaces for firefighters such as offices and standby rooms are treated as periphery functions. Our goal was how to overcome the typical types, by reframing the fire station as a building for people while keeping its fundamental operations run well.

119 fire station, the second home for firefighters - By looking closely at the programs of the fire station, we can find that not only garages and firefighting facilities, but also the daily living spaces of firefighters who eat, exercise, sleep, and rest, also have a large proportion in it. Based on the given program analysis, about 35% of the total area that makes up the “Gangil 119 Fire station” is the area of firefighting vehicles and direct training-related facilities, while the remaining area over 65% consists of the firefighters' daily work and living spaces such as standby rooms (private spaces for rest and sleeping), restaurants, restrooms, offices, dining room and etc.

This reveals the fact that, in the fire station, the hidden role of the space as the second home where firefighters stay and reside is huge. Through meetings and surveys, we were able to reaffirm this from the various opinions of firefighters in the field. In many cases, they complained about the problem of living conditions including ventilation and exhaust gas of the vehicles due to work and living spaces facing the garage. Questioning more relevant types for fire stations as we found more needs for human living space in this building type, we tried to reframe “Gangil 119 Fire station” as a human-centered building, suggesting a new identity for fire stations.

A space for living with a courtyard at the center -  In the “Gangil 119 Fire station”, the courtyards to bring light and breeze are placed as the main space, where a fire engine garage and spaces for people are placed around it. The courtyard has become smaller and fewer as it went through tight budgets and another realization process, but its main presence in the project has survived. It serves as a bridge between the space for fire engines and the space for people, at the same time bringing nature and outdoor air that can be encountered in everyday spaces for people.

Centering on the courtyard, the function of training and working for quick dispatch is placed on the first floor next to the garage and serves as a platform for firefighting, and the second floor above it is a living space as a second home where firefighters are standby 24 hours a day and rest. On the third floor, a kitchen, a dining room, and a laundry room are arranged to support this, and the rooftop next to it serves as a space for training and resting under the sky. The “Gangil 119 Fire station” inevitably has a large garage to accommodate a large number of fire engines, including ladder firefighting vehicles, but the spatial composition is focusing on the firefighters’ daily life and their living spaces with the courtyard and various outdoor terraces at different levels to enjoy daylight and ventilation by shifting the center of the space from the vehicles to the people.

119 fire station as a breathing shelter - With the “Gangil 119 Fire station”, we tried to propose the type and identity of a fire station building through the human living space. Finished with white galvanized steel panels, the individual living spaces for firefighters on the second floor have individual volumes like small houses gathered on top of the first floor. The first floor finished with red brick serves as a platform for firefighting drills and dispatch. Small individual spaces that make up the daily lives of firefighters are gathered collectively by giving a clustered identity to a single building of the fire station and presenting the identity of the building.

Outdoor spaces such as balconies are provided between the individual living areas such as standby rooms to encourage basic living requirements such as natural lighting and ventilation. In the “Gangil 119 Fire station”, standby rooms are not any more mere functional waiting rooms but become a living space as a second home for firefighters with high ceilings for more lighting and ventilation through the clerestory protruding on top of the roof. The “Gangil 119 Fire station” tries to reframe a fire station as a building organized around a living space where not only fire engines but also resident firefighters can breathe and enjoy nature. The resulting form embracing this function is projected onto the building by giving a new identity of the 119 fire station in Seoul.

This budget difference comes from the different perspectives about the building for people and the building for vehicles. Despite the efforts of various participants, a number of excellent 119 fire station buildings that had been built in the past few years we have examined for the survey had construction problems such as water leaks and finishes. If we shift our vision for the fire station as a building for people, then the current construction cost for the fire station as a place for vehicles is truly unfortunate. In order for public buildings to have excellent quality and design and to establish themselves as important infrastructures of our society, we need to have not only good design but also good social standards and guidelines to realize it. 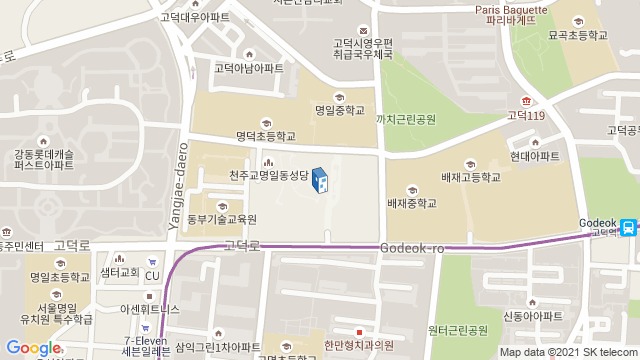