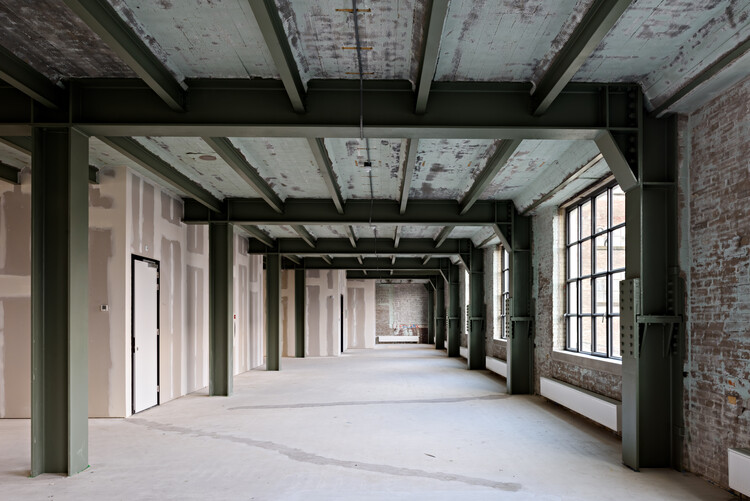 Text description provided by the architects. The Eiffel building is unmistakably the icon of the Sphinx Quarter. Situated in the dynamic new district in the centre of Maastricht it’s at the heart of where small business, culture, and urban living meet. After the building had been vacant for over ten years, it has been redeveloped into a location for The Student Hotel, loft flats, office spaces, and a variety of public functions. From a closed industrial complex, 'De Eiffel' changed into the open and hospitable heart of the new Sphinx Quarter. Braaksma & Roos Architectenbureau supervised the shell repair and coordinated the redevelopment of the building.

The challenge. From 1928 to 2006 the Eiffel building served the sanitary ware factory De Koninklijke Sphinx. The Eiffel was a progressive building for its time, designed according to the latest construction techniques with long open floors to optimally facilitate the production of washbasins and urinals. The building has an unmistakable cultural-historical value for Maastricht and the surrounding area - everyone knows someone in their family who worked in the factory. After the factory moved to a modern new location, the complex was completely abandoned for about six years.

During this period, the Municipality of Maastricht developed an ambitious vision for the redevelopment of the entire industrial Sphinx Quarter into a vibrant modern and cultural urban district. Out of 35 architectural offices, Braaksma & Roos was selected for the restoration and redevelopment of the Eiffel building. The building, which was in very poor architectural condition at the time, had to be made attractive, accessible, and sustainable for a large range of as yet unknown users. In short: a functionless reallocation that would enable dynamic and flexible use of the building in the future.

When The Student Hotel came on board the assignment changed from a functionless reallocation to a heavy programme with high demands. This young and dynamic user would occupy the entire middle section of the building, which would include 378 rooms, restaurants, and various meeting and conference rooms. The two ends of the building were designated for creative businesses and start-ups, while the upper floors were provided with spacious loft flats.

Industrial icon. Our challenge was to find an optimal approach that would preserve as much as possible of the facades, the spatial quality, and the historical traces of use in the interior. The Eiffel building had to retain its raw individuality while at the same time offering space for creative new use. The neglected façade of the draughty factory building had to be thoroughly restored and insulated. In doing so, we wanted to preserve the patina and tectonics as much as possible.

With a white stucco coating specially developed for this project, we were able to preserve the appearance of the building. By cleaning all the interior elements with ice steam, the walls, ceilings, and supporting structure were cleared of flaking paint, dust, and dirt. Some elements from the past, such as texts and markings, have thus been revealed once again.

A high degree of flexibility. To facilitate possible change of function in the future the plan incorporates a high degree of flexibility. Flexible walls can be connected to both the slender steel windows and the partition walls, creating made-to-measure compartmentalisation. These partition walls are not visible from the outside, but provide a unique experience of space on the inside of the building.

A public passageway on the ground floor of De Eiffel facilitates a strong connection between the old city centre and the new district. As the icing on the cake, an extensive sky bar will be built on the Eiffel's roof - around the monumental water basin - offering an impressive view of the entire city. After a thorough restoration, the monumental Sphinx logo is placed back on the roof, restoring the building's recognisable silhouette. 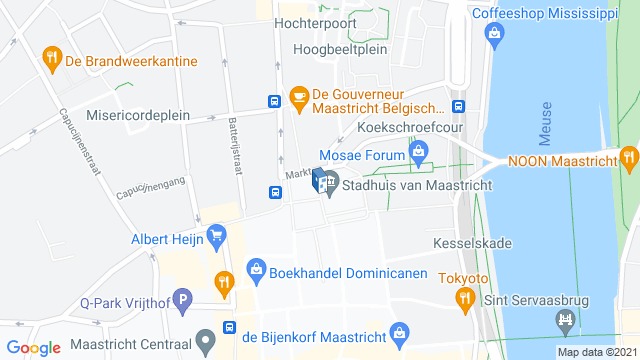 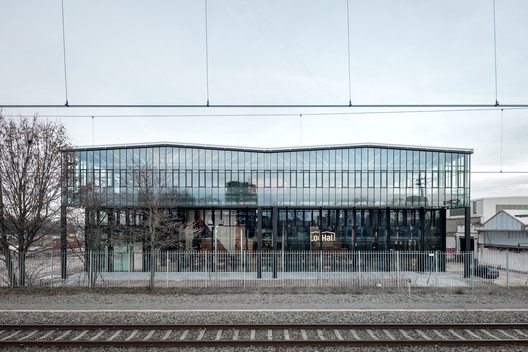